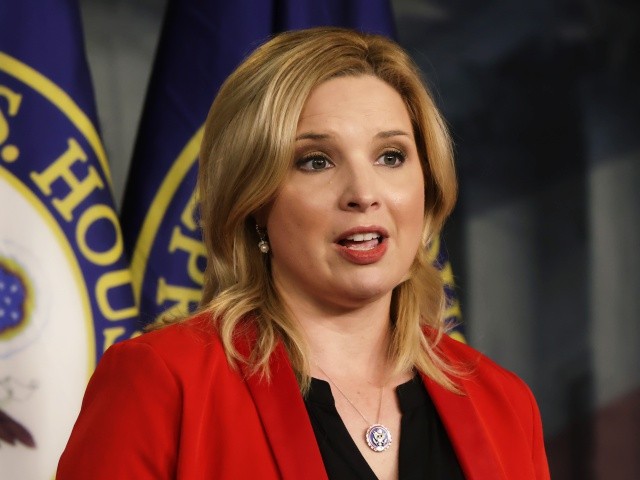 During an exclusive interview with SiriusXM Patriot’s Breitbart News Daily, Hinson slammed Biden and his Department of Homeland Security (DHS) for their unwillingness to stem illegal immigration before it spills into American communities.

“Illegal immigration is surging up, deportations are down and that is a direct result of the policies from this administration,” Hinson said. “We know that there were over 164,000 illegal immigrant encounters at our southern border in February. That is, of course, the worst February on record in more than 20 years and again, we continue to see the reports of the dangerous sex criminals and gang members.”

“The administration has no idea who is coming into our country and its clear, they don’t care,” Hinson continued.

Specifically, Hinson cited Biden’s so-called “sanctuary country” orders at the Immigration and Customs Enforcement (ICE) agency as the lead culprit to the massive drop in arrests and deportations of illegal aliens in Fiscal Year 2021.

“While the administration continues to turn a blind eye to the crisis at the border, Americans want accountability … we know that deportations are down because they have directed ICE not to do their jobs in this case,” Hinson said.

“They set out very lax standards as far as deportations go. So we know that more than 50 percent of the ICE removals in Fiscal Year 2021 came in the five months before the guidance issued by the Biden administration,” she continued. “… we are seeing fewer deportations and more dangerous people in our country as a result.”

In addition, Hinson noted the Biden administration’s expansive Catch and Release operation whereby hundreds of thousands of border crossers and illegal aliens every few months are flown into American communities, often in secret, by private contractors funded by American taxpayers.

“I introduced a piece of legislation called the ‘Stop the Betrayal Act‘ which would stop taxpayer dollars from funding those flights,” Hinson said. “We know it’s hundreds of millions of dollars that this administration has spent to do that … flying not only children but single men into our country who are here illegally.”

“They’re turning a blind eye to how illegal immigration impacts our communities and how it impacts families,” Hinson said.

Hinson told the story of an Angel Family whose daughter had been assaulted by an illegal alien in Iowa while babysitting.

“Their daughter was 16-years-old and had been babysitting. An illegal immigrant who was arrested several times before made his way up to Iowa … he feigned illness and she went to assist him and he tried to attack her,” Hinson said.

“She is so resilient to have fought him off. She fought him off three times,” she continued. “I looked that family in the eye and said I would do everything I possibly can because I understand the impact that this is going to have on this young woman for the rest of her life.”

In 2021, more than two million border crossers and illegal aliens arrived at the southern border. This year, experts predict more than 2.1 million will arrive.

In January of this year, more than 62,500 border crossers and illegal aliens were released into the U.S. interior — a foreign population the size of Council Bluffs, Iowa.