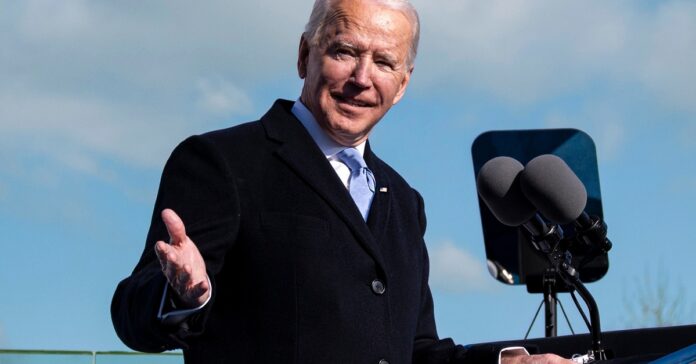 President Joe Biden seemed confident when he blamed Russian President Putin for then record inflation and soaring gas prices. But it seems pretty clear that the president can’t place the blame on his Russian enemy. He’s got to carry the blame for inflation that has skyrocketed to 7.9 percent over the past year, the fastest rate of inflation since January of 1982.

Feeling some security in the slight uptick in his poll numbers after Russia attacks Ukraine, Biden squarely placed blame on Putin and the Kremlin for prices rising and gas gouging. But this bait and switch are not likely to work for the president. It didn’t work for former President Ford in his race with former President Carter, and it won’t work for those running in this year’s midterm elections.

Biden has called for a suspension of normal trade relations with Russia, which is exactly what the European Union and Group of Seven industrial nations have done. The president has also barred imports of Russian goods like diamonds, vodka, and seafood. These came after the ban on energy resources like oil, natural gas, and coal. And Biden hit Russia hard when he mandated the expulsion of many Russian banks.

But the consequences of these actions will be relatively negligible to most Americans. For instance, Russia’s oil exports only represent 2 percent of the American supply.

The core of the most recent inflation issues in the United States has been the quick soaring gas prices. The cost in February increased 6.6 percent from January, and over the last year, the increase has been 40 percent.

But gas prices alone have not proven to be an effective political weapon for both Republicans and Democrats in the past. Gas prices soared in 2008 and 2012, but former President Barak Obama won easily in both those elections.

Janet Yellen, the Treasury Secretary, said that Americans would likely see another year of “very uncomfortably high” inflation. This message was echoed by the White House Council of Economic Advisers.

In a recent poll, there was 55 percent of American voters said that inflation would be extremely important in their voting for congress this year. And Biden simply pointing a finger at Putin is not going to impact them.

After the Labor Department announced a 7.9 percent rise in consumer prices, Biden gave the following statement, “Today’s inflation report is a reminder that Americans’ budgets are being stretched by price increases and families are starting to feel the impacts of Putin’s price hike.”

It just doesn’t seem likely that Americans will buy what Biden’s selling. Inflation has been climbing for the last six months, that is long before Putin launched his invasion of Ukraine. The GOP force will make sure that Biden can’t get away with such shenanigans.

Republican Rep. Vern Buchanan from Florida wrote, “Inflation just rose to 7.9% – another 40-year high! First, they said it was ‘transitory,’ then they blamed supply chain issues, then they claimed inflation ‘is actually a good sign.’ And now it’s Putin’s fault. When will the WH admit they are to blame for #Bidenflation?”

There just aren’t tools available to Biden to make much of a difference in the months leading up to the midterm election. So he can try and blame Putin, but most of us know the truth.