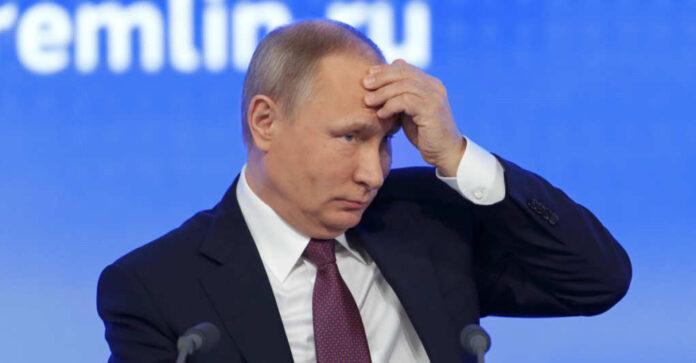 As the Russian attacks inside Ukraine are being condemned, watched, and discussed around the world, the oligarchs of Russia are stuck on the run. With many of them losing the planes, yachts, and other assets their unethical business dealings have brought them, one of the exiled ones has a far different outlook on how this Russian aggression will play out.

Mikhail Khodorkovsky was once Russia’s richest man. Building his wealth as the former CEO of the infamously large Russian oil giant Yukos, he found himself heading to prison in 2005 for tax evasion. This crime had him facing a nine-year sentence, that saw him only serving eight before his release in 2013. Despite his reported $15 Billion in wealth in 2003, his money was unable to buy his way out of trouble.

Much like in his own circumstances, he now believes Putin may have bitten off more than he can chew. Speaking with CNN, Khodorkovsky outlined where he sees Putin’s timeline. “I’m convinced that Putin hasn’t got much time left. Maybe a year, maybe three. Today we are no longer thinking in terms of him being around another decade as we thought a week ago.” This is a man who knows Putin, his policies, and his capabilities very well.

Mikhail Kasyanov evolved into a massive Kremlin critic following his time as Putin’s prime minister from 2000 to 2004. He saw first hand what Putin did to Khodorkovsky as a result of his speaking up for the Russian people and opposing Putin. Speaking to a Moscow court back in 2010, he shared exactly why Putin was opposing him. “He said approximately the following: that YUKOS not only financed the (Western-leaning) Union of Right Forces and Yabloko parties, which he, President Putin, had permitted, but it also bankrolled the Communist party which he, President Putin, had not permitted.”

These actions put him toe-to-toe with Putin and his policies. He was looking to get change Russia and escape the horrific treatment the Russian people were suffering. His commitment to change in the nation did not sit well with Putin or his policies. Putin wanted to see Yukos split up since it had such deep ties with the UDS and western allies, and he despised Khodorkovsky’s political ambitions.

While Putin denied any political motive behind the imprisonment of Khodorkovsky or his co-owner at Yukos Platon Lebedev, the timing and message delivered with these arrests, prosecutions, and jail sentences were clear as day. There was no reason to think politics had nothing to do with things. Especially when you look at Putin’s overall record against political foes. Much like Saddam Hussein, the elections are largely just for the appeasement of the western world, and not to give the people a real voice in politics.

The Kennan Institute is a Russian research center based in the US. They have been keeping a close eye on the situation as well. In various statements since the initial lead up to the invasion and now, they see this as almost a last stand for Putin. They have since not only condemned these actions, but they see this as a mistake Putin will not be able to recover from. Given the amount of attention his actions have gotten and how many countries are banding together to push sanctions on Russia, they are certainly feeling the squeeze, and only Putin can be to blame. While he is leaning heavily on the claims of liberating parts of the country and removing neo-Nazis in politics, his airstrikes on places like hospitals and civilians send a vastly different message.