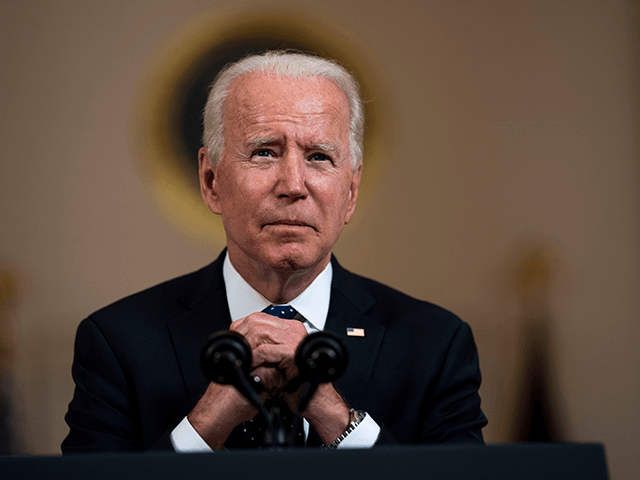 The president will use the occasion to promote the Democrat-supported George Floyd police reform bill, that would ban law enforcement from chokeholds and no-knock warrants, and end qualified immunity for police officers.

It is unlikely the bill will pass in time for the first anniversary of Floyd’s death, but Senate negotiations over the bill continue.

“We MUST prevent the suffering the future marginalized POC by passing the George Floyd Justice in Policing Act!” wrote the Floyd family’s attorney Ben Crump on social media Saturday, confirming the news.

Biden has developed a close relationship with the family since meeting them in the Summer of 2020 when protests, rioting, and looting swept across America’s major cities.

Throughout the campaign, Biden spoke about Floyd’s death as a major inflection point for America.

“Even Dr. King’s assassination did not have the worldwide impact that George Floyd’s death did,” Biden said in June 2020.

The president also marked the guilty verdict delivered at the trial of police officer Derek Chauvin in a phone call with the family.

“You’re an incredible family. I wish I was there to put my arms around you,” the president said.

He also used the occasion to condemn the “systemic racism” in the United States.

“It was a murder in the full light of day, and it ripped the blinders off for the whole world to see the systemic racism … that is a stain our nation’s soul,” Biden said in a speech after the trial.

Biden said he would fly the family to the White House on Air Force One to mark the signing of the George Floyd police reform bill if it ever passed.