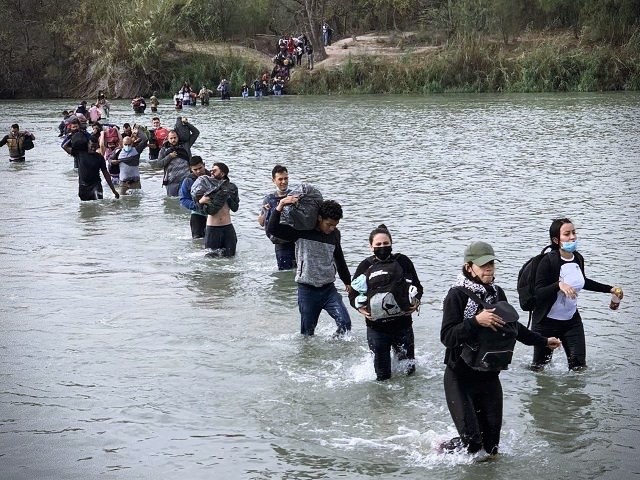 On Friday’s broadcast of the Fox Business Network’s “Evening Edit,” Texas Department of Public Safety Lt. Christopher Olivarez said that “we thought last year was complete chaos” on the border, but “this year’s going to be catastrophic.” And that “we have the most unsecured border that we have seen in decades.”

Olivarez said, “[A]t this time, right now, we have the most unsecured border that we have seen in decades. … Last year, for fiscal year 2021, between the months of February through October, there were over 397,000 encounters. Now this year alone, fiscal year 2022, same timeframe, five months, from October through February, over 837,000 encounters. That goes to show you that when we thought last year was complete chaos, this year’s going to be catastrophic. These numbers are going to surpass last year’s numbers. And we need to brace ourselves, but I’m telling you right now…this is a very — national security threat, not only to the state of Texas, but to the entire country.”

He added, “And that goes to show you that there’s no plan or strategy from the federal government or even intentions to take care of the current border situation and to protect Americans from what’s taking place right now.”