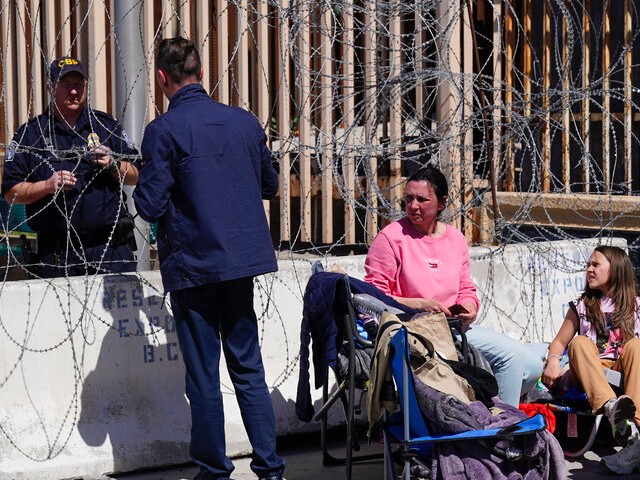 U.S. authorities along the Mexican border have been instructed to consider exempting Ukrainians from a pandemic-related restriction so they can enter the country to seek asylum, according to a Department of Homeland Security (DHS) memo obtained by CBS News.

During a call with reporters on Thursday, DHS Secretary Alejandro Mayorkas said the guidance is designed to remind Customs and Border Protection (CBP) officers that their power to exempt certain migrants from Title 42, an expulsion policy first implemented under the Trump administration, applies to Ukrainians seeking U.S. refuge.

The memo instructs CBP officers at ports of entry to consider exempting migrants who have valid Ukrainian passports from Title 42 and instead process them under regular immigration procedures, which would allow them to seek asylum.

“The Department of Homeland Security recognizes that the unjustified Russian war of aggression in Ukraine has created a humanitarian crisis,” the March 11 guidance said. “CBP is authorized, consistent with Title 42 Order, on a case-by-case basis based on the totality of circumstances, including consideration of humanitarian interests, to except Ukrainian nationals at land border ports of entry from Title 42.”

The guidance said non-citizens “who are in possession of a valid Ukrainian passport” fall into this category of migrants trying to get into the country as refugees.

But it is not the same for Russians who are showing up at the Mexican/U.S. border, according to an Associated Press (AP) report:

About three dozen would-be asylum seekers from Russia found themselves blocked from entering the U.S. on Friday while a group of Ukrainians flashed passports and were escorted across the border.

The scene reflected a quiet but unmistakable shift in the differing treatment of Russians and Ukrainians who enter Mexico as tourists and fly to Tijuana, hoping to enter the U.S. for a chance at asylum.

Erika Pinheiro, litigation and policy director for advocacy group Al Otro Lado, said the U.S. began admitting all Ukrainians on humanitarian parole for one year around Tuesday, while at the same time blocking all Russians. There was no official announcement.

AP reported that even before the Russian invasion, CBP statistics show the increase of Ukrainians seeking to enter the U.S. — more than 1,500 from September to February this year compared to 45 during the same time period last year.

The flow of Ukrainian and Russian migrants seeking asylum in the U.S. is also complicated by the fact that people fleeing their homeland should settle in the first safe country they travel to.