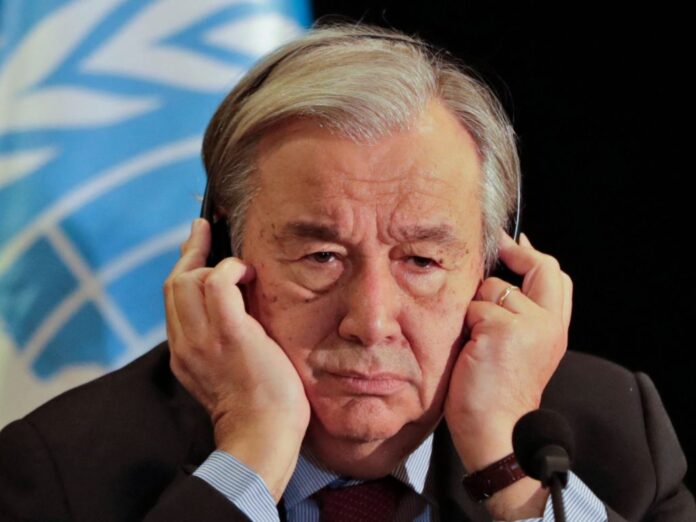 The BBC reports the veteran Portuguese Socialist also called on countries to fully phase out “stupid” coal by 2040 and endure the financial costs without complaint.

In his first major speech on climate and energy since COP26, Guterres lamented the limited progress achieved in Glasgow is insufficient to ward off “dangerous climate change.”

Guterres said carbon output needs to be cut in half by the end of this decade even as evidence shows emissions are set to rise by 14 percent.

“The problem was not solved in Glasgow,” Guterres pleaded in the speech. “In fact, the problem is getting worse.”

The war in Ukraine threatens to make that situation even more problematic, he said, with global energy shortages being turned around by countries that embrace coal or imports of liquefied natural gas as alternative sources.

Some globalist agencies have already said walking rather than driving must be considered an alternative in times of fuel shortages.

Guterres said long term planning is essential to ensure the planet can be saved.

“Countries could become so consumed by the immediate fossil fuel supply gap that they neglect or knee-cap policies to cut fossil fuel use,” he said.

Countries must “accelerate the phase out of coal and all fossil fuels,” and implement a rapid and sustainable energy transition without delay.

It is “the only true pathway to energy security,” Guterres concluded.