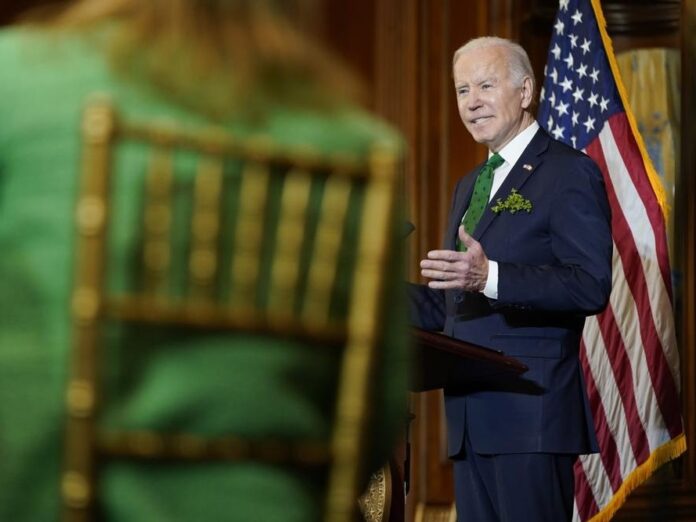 Biden will first travel to Brussels and then to Poland to meet with leaders there, press secretary Jen Psaki said in a statement Sunday night.

The flying visit was first announced last week, as Breitbart News reported, with staff promising then “the president is a big believer in face-to-face diplomacy so it’s an opportunity to do exactly that.”

Press secretary Jen Psaki confirmed nothing has changed Biden’s diplomatic ambitions in the interim, announcing the president will head to Warsaw for a bilateral meeting with President Andrzej Duda scheduled for Saturday as he seeks to impose “severe and unprecedented costs on Russia for its invasion.”

Biden will discuss how the U.S., along with its allies and partners, is responding to “the humanitarian and human rights crisis that Russia’s unjustified and unprovoked war on Ukraine has created,” Psaki said.

Secretary of State Antony Blinken, while in Poland this month, briefly crossed into Ukraine in a show of solidarity alongside that country’s foreign minister, Dmytro Kuleba.

Poland has been one of the most vocal Eastern bloc countries asking fellow NATO members to consider getting more involved to rein in the bloodshed.

Biden will discuss the war with European leaders on Monday to set the groundwork for his trip.