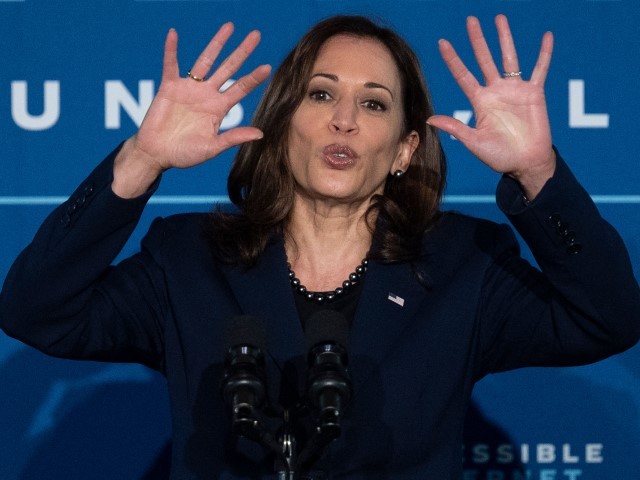 Speaking about affordable and accessible high-speed internet, Harris recounted a tour of a library with Gov. John Bel Edwards (D).

“And there’s such great significance to the passage of time when we think about a day in the life of our children,” she added.

Harris arrived in Louisiana Monday morning at Lafayette Regional Airport and was met by Edwards and Lafayette Mayor-President Josh Guillory.

Harris then made her way to Sunset’s Armand J. Brinkhaus Community Library for a tour. After the tour, she spoke about the “significance of the passage of time” and President Biden’s $277 million investment to expand broadband throughout the nation.

It’s not the first time Harris has made a communication error. Just last week, Harris tweeted odd language, saying that the United States supports Ukraine “in defense of the NATO alliance,” a confusing comment given that Ukraine is not a member of NATO and the military alliance has no formal role in Ukraine’s war against Russia.

Harris has had a difficult time retaining employees in her communications department. At the beginning of 2022, her communications team was undergoing a second political reset before she had served even one year in office, the Washington Post reported.