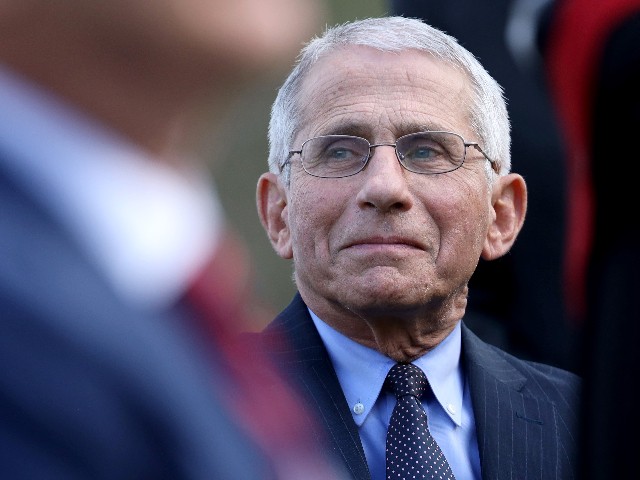 Fauci, the highest-paid employee in the federal government, has said that he does not plan to retire until the U.S. is “out of the pandemic phase.” And while he previously stated that “I think we might be there already, if we can stay in this,” he flip-flopped over the weekend, telling ABC News’s George Stephanopoulos, “We have a way to go,” signaling that he is not leaving his post anytime soon.

“I’m not so sure, George,” Fauci said when asked if we are approaching a point past the pandemic phase.

“I want to make sure we’re really out of this before I really seriously consider doing anything different. We are still in this. We have a way to go,” he said, adding that he believes we are “clearly going the right direction.”

In the interview, Fauci added that Americans should be prepared to “pivot and perhaps reinstitute some of those restrictions” if officials deem it necessary. He has made similar remarks over the last week.

“You can go ahead and continue to tiptoe towards normality, which is what we’re doing, but at the same time, be aware that you may have to reverse,” Fauci said during an appearance on the podcast Start Here.

“For petty tyrants like Fauci, they only have one tool in their toolbox: authoritarian restrictions,” he added. “Enough is enough”: