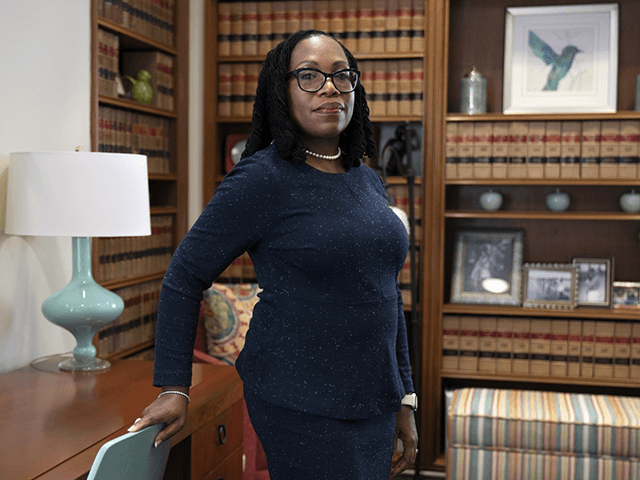 Leftist dark money groups have long pushed for the advancement of Judge Jackson to serve on the Supreme Court, Graham noted.

Demand Justice had already announced a $1 million ad campaign in support of Jackson and it plans to spend much more. The group had a projected budget of $7.5 million for 2022.

Demand Justice is one of several leftist dark money groups, as documented by Breitbart News.

Sen. Sheldon Whitehouse (D-RI) claimed during the Supreme Court nomination hearings on Monday that the current Supreme Court is built by dark money, even though Whitehouse is a recipient of leftist money.

Sen. Ted Cruz (R-TX) has called Whitehouse a “hypocrite” on the issue of dark money because Democrats typically receive much more in dark money than Republicans.

Many have noted that even before the late Supreme Court Justice Ruth Bader Ginsburg’s death, Demand Justice was readying a short list for Biden, which included Jackson.

After Breyer announced his retirement, Demand Justice claimed credit for his departure from the nation’s highest court:

Demand Justice Executive Director Brian Fallon said in March 2021 that if Jackson were confirmed to the D.C. Circuit Court, she would likely springboard to the Supreme Court.

“If she is picked for the D.C. Circuit, I’d expect her stay there to be rather brief, because I’d expect her to be the lead candidate for a Supreme Court vacancy in the event that Justice Breyer retires,” Fallon said. “And we’d be fully supportive of her in both scenarios.”

Demand Justice even ran a six-figure ad campaign to build support among black Americans in July 2021.

Demand Justice’s advocacy for Jackson was so loud that even Jackson admitted during her lower court nomination hearings that she knew of the group’s ad campaign for her.

The leftist judicial group has strong ties to the Joe Biden White House.

Elie Mystal, who is on the board of Demand Justice, said Jackson has the Supreme Court nomination “locked up”: