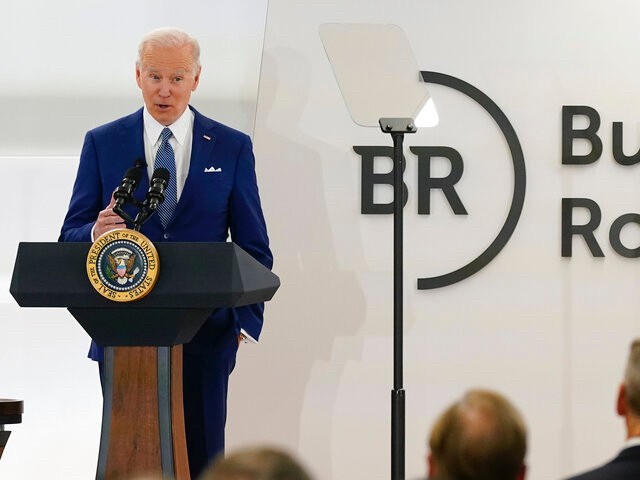 The president commented on Putin during a speech to America’s top CEOs at the Business Roundtable lobbying group meeting.

Biden recalled a conversation he had with Putin last year about cyberattacks and said he would respond severely if Russia launched an attack.”

“We’ve had an altar call, he and I on this issue,” he said about Putin, but admitted it was “part of his playbook.”

He spoke proudly of the United States kneecapping Russia’s economy and thanked the American CEOs who announced their decision to take their business out of Russia.

Biden called the private sector to bolster their cyber security, calling it their “patriotic obligation” to invest as much as possible into their defenses.

He complained that Putin kept asserting the United States and Ukraine had biological and chemical, repeating that the accusations were “simply not true.”

“Whenever he starts talking about something he thinks NATO, Ukraine, or the United States is about to do, it means he’s getting ready to do it,” Biden said. “Not a joke.”

Biden said Putin would suffer “severe consequences” if he did employ chemical weapons.