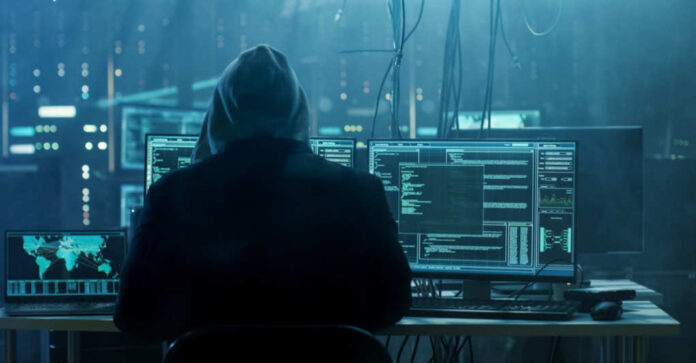 While the Russian military is doing the bidding of Vladimir Putin as the drawn-out battle in Ukraine wages on, their cyber community is under threats 24/7. This consistent quest and mission to keep their cyber centers safe are not one they take lightly. Yet the groups of hackers who have placed them firmly in their sights following this invasion are growing rapidly by the day.

The resolve of this group is incredibly significant. Coming together from all corners of the globe, they have the skillset, know-how, and collective power to make nearly anything possible in cyberland go through. You may have even heard of them, but you’d never know it. Anonymous is one of the most secretive and powerful groups of hackers in the world today. Per their Twitter account, they have 7.9 million followers, although a vast majority of that number are fans, as the group itself is rather small in number by comparison.

Since teaming up to go after Russia the group has successfully disabled a large swath of Russian government, news, and corporate websites. While doing so they also leaked data from high-profile targets. One of the most infamous leaks came courtesy of Roskomnadzor; the federal agency responsible for the censorship of Russian media. This wipeout of Russian websites also included web stores, Russian ISPs, as well as intergovernmental websites.

The Commonwealth Independent States (CIS) is an organization comprised of Russia and other members of the former Soviet Union. CIS found itself losing hundreds of files due to a massive renaming campaign. File names and folders were given anti-war and anti-Putin extension names. This portion of the campaign seems more a way to simply tell Russia who is really running things than anything else.

Jeremiah Fowler is a co-founder of the cybersecurity company Security Discovery and has been tracking their actions closely. The Twitter handle @YourAnonNews has been one he follows closely, especially since their claims to have hacked Russian TV stations. “I would mark that as true if I were a fact-checker. My partner at Security Discovery, Bob Diachenko, actually captured a state news live feed from a website and filmed the screen, so we were able to validate that they had hacked at least one live feed [with] a pro-Ukrainian message in Russian.”

In the opinion of many, these kinds of hacks are small and insignificant; an interruption to their day for no other reason than just to be difficult. They know there are vulnerabilities, and they must work with them as best they can. However, to the outside world and America, they are a sign of just how behind the times the Russian technology is. Given the years of accusations of people using Russian cyber-attacks against the US, you would think their government would have done what ours did; hire them, overpay them, and keep them on their side.

There is a flip side to this though. Marianne Bailey is a cybersecurity partner at the consulting firm Guidehouse and a former cybersecurity executive with the U.S. National Security Agency. Her experience in this area is incredibly thorough and well documented. She is concerned about the message we are pushing by offering any support to these hackers. “A cyberattack has the potential for such an immediate impact, in most cases well before any accurate attribution can be determined. A cyber strike back or even a kinetic strike back could be directed to the wrong place. And what if that misattribution is intentional? What if someone makes the attack appear from a specific country when that’s not true? With more devices connected to this global digital ecosystem, the opportunity for impact continues to expand. It will undoubtedly be used more often in future conflicts.”