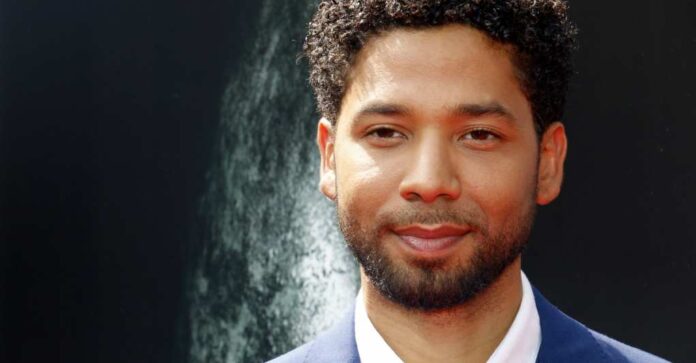 If you can convince some random appeals court that you are being mistreated you can be let go after committing four felonies while you await a new trial. No serving the time you are ordered to serve after you attempted to destroy that justice system and used every bit of your natural-born skills to do so.

Jussie Smollett’s five counts of felony-level disorderly conduct landed him a whopping 150 days in jail; time he claimed he did not deserves because he did nothing wrong. That if he died in prison he would have been killed because he would never kill himself. It was enough proof that this man is not mentally well. Yet the court saw it fitting to sentence him as he knew enough to know not to lie to the police yet chose to do so.

The appeals court decided that Smollett could be released after he posted a personal recognizance bond of $150,000. In other words, he didn’t have to put down money but agreed to arrive for court as required. This kind of treatment is a result of his own doing. In the six days he spent in jail he had refused all food and would only consume water. Nobody has yet clarified why he chose to take that stand.

After his initial outbursts of “I am not suicidal. And if anything happens to me when I go in there, I did not do it to myself. And you must all know that,” there was concern over how this would end. Smollett also maintained his innocence before this sentencing and at every point thereof. Despite confessions and proof the crimes were committed, he still was adamant that he has not done anything wrong.

Smollett had seen his initial charges dropped by cook County State’s Attorney Kim Foxx, and he paid a fine. Then the special prosecutor took a look into the case and decided to still charge him with the five counts of disorderly conduct at the felony level. Smollett defense attorney Nenye Uche is the one who broke the news of the Smollett hunger strike and has remained consistent in his persistence of Smollett’s innocence.

He found Judge Jamie Lynn’s sentencing of 150 days to be too much. “The real question is: Should Black men be walked into jail for a class 4 felony? Shame on you if you think they should.” While these are ‘low-level’ felonies, they are still felonies, nonetheless. They still have real weight them. That makes them worth enforcing no matter the level, and in this instance, they especially need to be pushed.

Since arriving in jail and starting his hunger strike Smollett found himself quickly swept up into protective custody. There has been no clear indication of what forced this to happen, or if he requested it and was granted that option for being a famous name in the jail. Anyway, this goes he is now out, and the odds of him going back are incredibly low.

There is a lesson to take from this though. If you are a liberal and double minority who makes up hate crimes for your own amusement, the justice system won’t care about your pathetic attempts to gather attention. If you were a straight white conservative man you would most certainly be thrown under the jail at this point. So welcome Jesse. You have finally shown that the tide of how favoritism has gone the complete opposite way of what you allege.