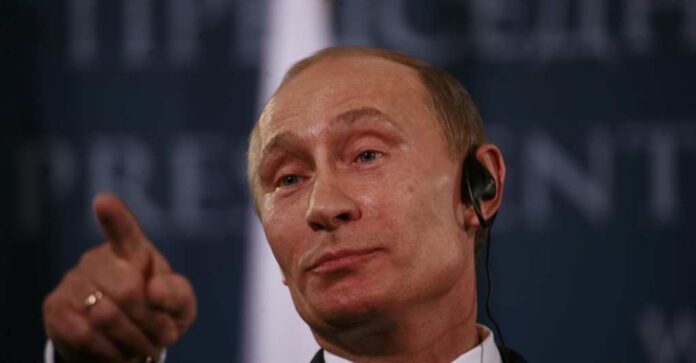 As the conflict in Ukraine intensifies with reinforcements arriving on both sides, the war back in Russia is only heating up. People who have spoken up against the aggression are finding graffiti on their doors with the Russian Z signs on them. A food blogger is facing 15 years over statements about the Russian Army they found discrediting. A senior former official is having his head called for over his opposition to the war in Ukraine.

Dmitry Ivanov is a Moscow-based activist. He’s one of many who received the graffiti on his door within hours following Putin’s speech. With that Russian Z that is commonly seen on the special operations tanks for the Russian forces featured prominently, he had no clue who did it. What he did know is that he and at least three other people – also activists and journalists, had received the same message.

“I don’t know their aims: to frighten, not to frighten, or just to spoil your mood. It’s hard to scare us with such actions: we’re used to this kind of attention. It’s possible this action was to complement Putin’s speech, I think that’s possible. Especially considering how shoddily, and cheaply these markings were done. It was done in a hurry.” This statement from Ivanov shouldn’t surprise anyone.

Many Russians have been attempting to silence any opposition to Putin. Given the rhetoric their President has been pushing out to their people, nobody should be surprised by these tactics. He seems to think he can take on the world, and he wants his people to believe the same. These kinds of tactics work well with religious-based motives. Nationalism just doesn’t play that well in the information age, and he fails to understand that.

On the 16th Putin spoke out about those he views as traitors to his cause. “I am convinced that this natural and necessary self-cleansing of society will only strengthen our country, our solidarity, cohesion, and readiness to meet any challenge.” His true belief that the Russians can do no wrong is incredibly delusional, and it does nothing to push the nationalism on the people who are already against the aggression against Ukraine.

The old Soviet Union and KGB tactics being brought back to life in Moscow and across the nation are not things the Russian people want to relive. They have already suffered through those years, and they have had their taste of freedom outside of communism. Despite the love of it by Putin, his people cannot tolerate it, nor will they.

Senior members of the Russian ruling party have been calling for the ousting of several Russian representatives since the conflict began. Among their targets were former deputy prime minister Arkady Dvorkovich and his removal from his position as head of a foundation that promotes economic innovation. Dvorkovich currently serves as the head of the International Chess Federation and made remarks to western journalists the senior members found offensive.

Since they cannot excommunicate their citizens for these crimes, they are instead creating new laws to keep them from being able to have free speech. On March 4th they created a law against the spread of what they deem to be false information about Russia. If found guilty they could face up to 15 years in jail. A food blogger named Veronika Belotserkovskaya was their first target despite her residing in France. Given her vocation, lifestyle, and location she was not surprised by these accusations. She gets how the average Russian could find her use of free speech as disgusting.

For now, the rest of the world can only provide limited resources to Russia. No matter how much we want to help, the instability Putin is showing combined with the vowed assistance from China and Venezuela put most of the west in a difficult position. While many European nations can provide direct assistance, we must be careful, lest we trigger WWIII.