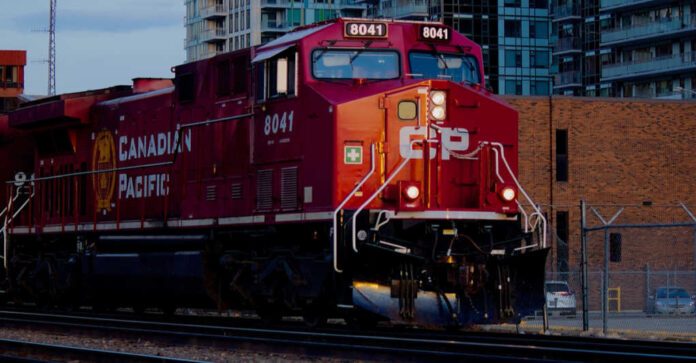 Canadian Teamsters and Canadian Pacific Rail have reached an impasse on negotiations, sending the Teamsters on strike. Thankfully both sides are still at the negotiation table, and working to find middle ground with each other. Teamsters Canada Rail Conference (TCRC) website on late Saturday night claimed they were still talking, but CP Rail “chose to put the Canadian supply chain and tens of thousands of jobs at risk… As Canadians grapple with a never-ending pandemic, exploding commodity prices and the war in Ukraine, the rail carrier is adding an unnecessary layer of insecurity, especially for those who depend on the rail network.”

While the heart of their dispute is not being made very public, the effects on the US agriculture industry are easy to find. CP Rail is heavily involved in the NW part of the US, and they control a lot of the shipments for fertilizer. They also move grain across the border for use along the northern plains. While in a substantially lower capacity, they also service the NE part of the US.

Their dominance in the shipment of potash is one of the most concerning points. As the leading transportation source for potash from Saskatchewan, their 70% piece of that pie is a huge chunk to lose suddenly. The product is used as a plant nutrient in numerous crops and is nearly exclusively mined from a single source.

CP Rail is also heavily involved in the shipment of fertilizers. Their rail shipments of things like phosphate, urea, ammonium sulfate, ammonium nitrate, and anhydrous ammonia are very specialized. While used extensively in farming and gardening, these ingredients can be utilized for more dastardly reasons and have specific transportation requirements. As such, there is little to no ability for suppliers to circumvent their shipments to another rail line.

The shipments from CP Rail into the US account for 29% of their 2020 freight revenue according to their investor’s website. Taking this away would not only hurt CP Rail but US farmers as a whole. The ingredients they produce for fertilizer as well as their grain exports that are used in farming as well as household applications are incredibly vital to not only their success but also US success in agriculture.

With spring planting season right around the corner, any interruptions can mean big changes in the prices we are expected to pay for produce, beef, poultry, and other products during the summer months. Given the increased expenses Americans are expected to face already due to a surge in the price of diesel, this strike would only serve to drive the costs even higher. With all the other upcharges going on as a result of Biden’s politics and the left’s inability to accept that the pandemic is over, this could be disastrous.

CP Rail is the second biggest rail company in Canada. Their status and reputation are held in an incredibly high status. Their President Keith Creel has been doing what he can to keep talks moving but claims the teamsters let their latest offer just before midnight go through mediators without response.

In a statement, Creel said “Instead, the TCRC opted to withdraw their services before the deadline for a strike or lockout could legally take place. The TCRC is well aware of the damage this reckless action will cause to the Canadian supply chain.” While they are aware of the damage it will cause in Canada, they aren’t giving the damage caused to the US as seriously as we would hope. While there is nothing Biden or anyone else in the US can directly do, they can certainly lean on them to make a deal. Hopefully, that’s coming soon.