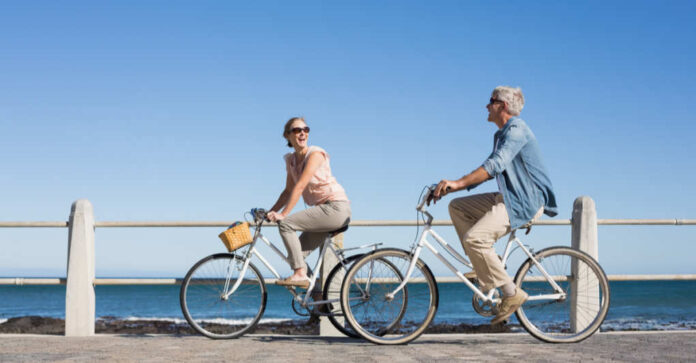 Another day, another illegal immigrant breaking US laws. This time though, it’s for a double murder, and the horrific nature of the crime is incredibly bothersome for the residents of Daytona Beach, FL. 32-year-old Jean Robert Macean was arrested and charged with the murder of a man and his wife.

According to police 55-year-old, Brenda Aultman and 48-year-old Terry Aultman were riding their bicycles home after spending a day at the Bike Week festival, when they had an encounter with Macean. Their bodies were found in a grassy area adjacent to a sidewalk with slashes and stabs all over their bodies, and their bikes were recovered at the scene.

The police took Macean into custody last week, and he faces two charges of first-degree murder for the crime. He was detained in Orlando and transported back to Volusia County, FL to face these charges. When booked he also received an illegal immigrant/alien charge and was ineligible for bond. With no details for how or when Macean arrived in the country, it’s difficult to ensure this isn’t part of a pattern, or what other crimes he may have committed.

When the bodies were discovered a man called 911. He and a woman awaited paramedic’s arrival to the scene, where they declared the pair dead on arrival, despite their rapid response to the attack. Both parties who found the bodies claimed that they found the man lying face down, and the woman face up on the corner of the road in a grassy area.

According to police, a surveillance camera captured the due walking the bikes, with Macean appearing in the frame moments later and with a stain on his pants. This footage and other cameras in the area led them to make a quick identification that a waitress in Orlando remembered, and called him in. This quick turnaround was in doubt due to the vigilance of the waitress, and her attention to detail.

Daytona Beach Police Chief Jakari Young issued a statement via Twitter about the results of capturing Macean so quickly. “Last night while speaking with investigators Jean Macean confessed to the murders of Terry and Brenda Aultman. Again, I want to thank my amazing team of investigators @DaytonaBchPD and all of our law enforcement partners who assisted us throughout this investigation.”

These kinds of results come from quick-thinking people who pay attention to the news, and those who are unafraid to call in a tip. When residents remember the adage of ‘see something, say something’ our neighborhoods become safer. People have less to fear as they walk down the streets, and bad people end up in jail faster. That kind of America is the kind of America we were getting back to.

Ever since Biden took office people like Macean have been flowing over our borders. Some snuck over, others were just allowed in by border patrol because Biden tied their hands and the hands of our judicial system. These kinds of crimes will continue to increase as he allows more and more people into the country without any sort of vetting system properly put into place.

As much as his leftist buddies want to cry about their perception of human rights and social justice, there is something to say about the rights of American citizens and giving illegals their proper justice of being returned to their home countries. As difficult as the immigration process can be, there is a right way and a wrong way to do things. We cannot allow the left to pick and choose what laws they want to obey, and what they don’t. It’s time for some serious change, and as these murders indicate, we are already making these changes way too late.