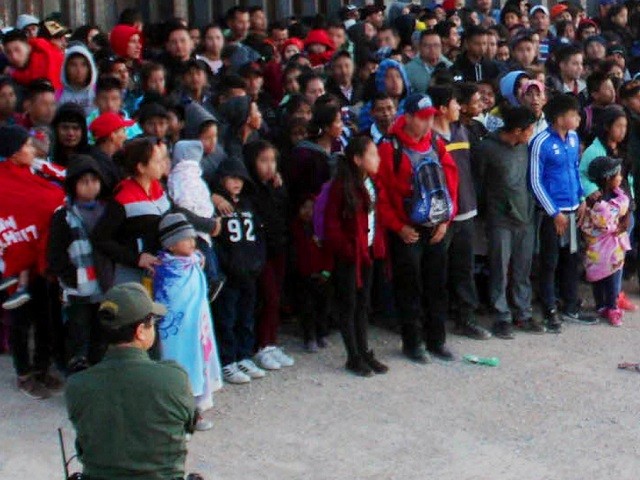 The American Security Task Force, one of the seven task forces created by Republicans to identify and address President Biden’s failures, will keenly focus on border security and cybersecurity, both congressmen told reporters on Thursday at the 2022 U.S. House Republican Issues Conference.

The Biden border, they explained, is a massive issue as drugs are pouring across — particularly fentanyl.

“Every city is a border city,” Katko said, emphasizing that the GOP is holding that view moving forward. He also said one of the “day one” bills for Republicans is “finishing what we started” in regards to the border wall, emphasizing the importance of reinstituting and codifying the Remain in Mexico policy, which takes away incentive for individuals to flock to the U.S.

Ultimately, he said Republicans cannot have a broader discussion on immigration until the border is secure. To “play ball” with Republicans, Democrats will have to work with them to secure the border first, he said.

Rep. Gonzalez added that Democrats do not seem to have an interest in pursuing immigration reform in a bipartisan manner.

“People have to be willing to have a conversation,” he explained, adding that it has been very “disappointing” because many do not want to do that.

Gonzalez also spoke about how the taskforce will focus on his area of expertise: Cybersecurity. A lot of the work, he explained, will come to fruition when Republicans take back the House, reminding everyone that it remains the purpose of the conference — laying out what Republicans will do from “day one.”

According to the congressman, ransomware is a growing threat. He added that it is not fair that businesses and corporations are defending themselves against state-sponsored actors. He also predicted that the next storm coming is a “cyberstorm” and the U.S. needs to be prepared. He mentioned one piece of legislation in particular, which would allow IT professionals to operate in federal space. He said Republicans will get a lot of these objectives over the finish line after they take back the majority.