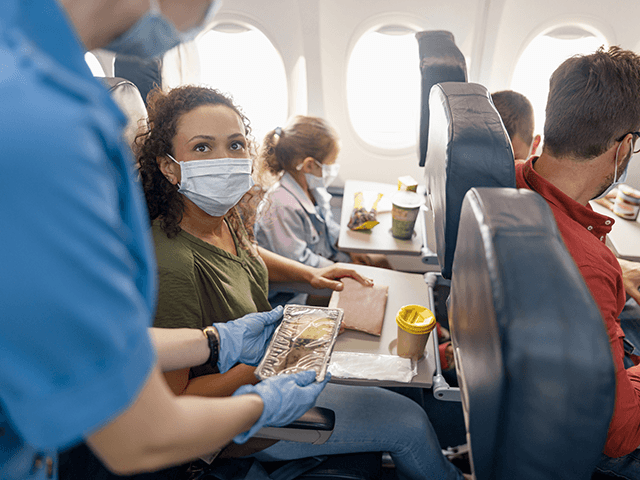 “It makes no sense that people are still required to wear masks on airplanes, yet are allowed to congregate in crowded restaurants, schools and at sporting events without masks, despite none of these venues having the protective air filtration system that aircraft do,” the letter from CEOs from American Airlines, United Airlines, Southwest Airlines, JetBlue, and others said.

The administrative state extended the federal transpiration mask mandate from March 18 to at least April 18, though the science of transmission has not changed since the start of the pandemic. The majority of Democrat-initiated mask mandates have been terminated. Some masking of children throughout the nation is still reportedly in effect.

“Now is the time for the Administration to sunset federal transportation travel restrictions – including the international predeparture testing requirement and the federal mask mandate – that are no longer aligned with the realities of the current epidemiological environment,” the letter continued. “Lifting the mask mandate in airports and onboard aircraft can be done safely as England has done.”

Delta Air Lines issued their own statement, noting the airline cabins have “highly filtered air from hospital-grade HEPA filters, plus the regular cleaning and sanitization of high-touch surfaces inside the airline cabin and the airport.”

The request for lifting the mandates comes as airlines explicitly demanded passengers wear masks between bites of food and sips of drinks, Breitbart News reported. Despite a Harvard study reported by the Washington Post in 2020 that indicates “flying can be safer than eating at a restaurant during the pandemic” due to “onboard systems that constantly circulate and refresh air,” airlines have begun conducting in-flight announcements to cudgel people into donning masks while eating and drinking.

Last week, the Senate voted to overturn the administrative state’s federal transportation mandate, which was never passed into law by Congress. But Biden vetoed the legislation.