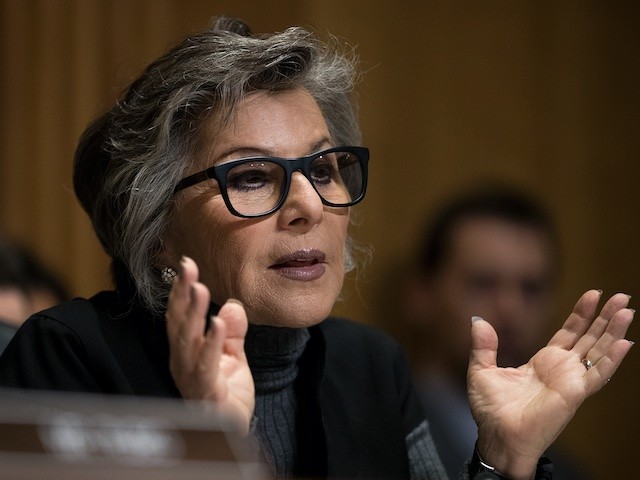 Former Sen. Barbara Boxer (D-CA) said Friday on MSNBC’s “The Beat” that it is time to “introduce articles of impeachment” against Supreme Court Justice Clarence Thomas.

Boxer was discussing Thomas’ ruling against releasing documents to the House Select Committee investigating the January 6, 2021, riot at the U.S. Capitol in light of reports his far-right activist wife texted then-chief of staff Mark Meadows about overturning the 2020 presidential election.

Boxer said, “I looked at it from the lens of someone who served on the Bipartisan Ethics Committee in the Senate for many years. I was chair and co-chair for all those years. I would say this, I thought if Clarence Thomas had been a Senator and his wife was texting the president’s chief of staff about overturning democracy, Clarence Thomas, if he were a senator, would have been thrown out of the Senate if he knew about it and did not recuse himself from the case.”

She continued, “Even though in our history only one Supreme Court justice has been impeached, that was in 1804, I still think it would be good for someone to introduce articles of impeachment, to lay out this abuse of power for everyone to see.”

Host Ari Melber said, “You’re saying, though, that your read here is, this is a potentially impeachable issue for Justice Thomas?”

Boxer said, “I believe so if he knew. If he knew about this communication and as someone who has been married for, guess what, 60 years, I can tell you by listening through Ginni Thomas, through the emails, she was hysterical. It’s hard for me to believe she doesn’t mention a thing or two about that.”