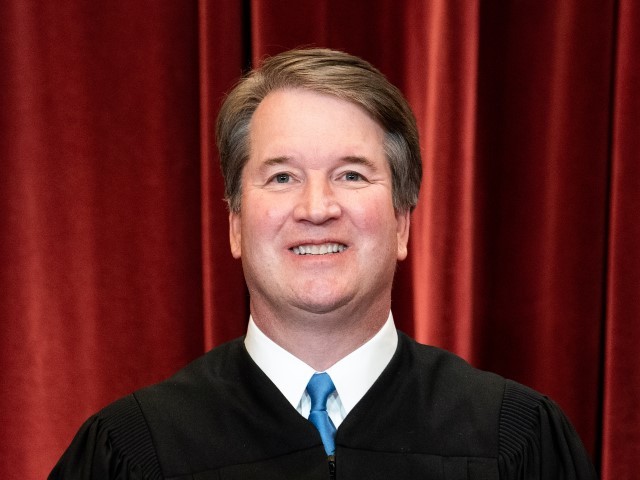 Kavanaugh wrote in a concurring opinion:

I concur in the Court’s decision to grant the Government’s application for a partial stay of the District Court’s preliminary injunction for a simple overarching reason: Under Article II of the Constitution, the President of the United States, not any federal judge, is the Commander in Chief of the Armed Forces.

Kavanaugh claimed the district court “in effect inserted itself into the Navy’s chain of command” by halting the military vaccine mandate.

U.S. District Judge Reed O’Connor of the Northern District of Texas issued an order preventing the Navy from considering the vaccine status of SEALs when giving deployments and other operational assignments in January.

The Supreme Court on Friday issued a stay on the district court’s injunction, allowing the Navy to consider vaccination status for deployments while litigations surrounding the mandate continue.

The SEALs alleged the Navy’s vaccine mandate violated their First Amendment right to religious freedom. However, Kavanaugh claimed the Religious Freedom Restoration Act “does not justify judicial intrusion into military affairs in this case.”

“I see no basis in this case for employing the judicial power in a manner that military commanders believe would impair the military of the United States as it defends the American people,” Kavanaugh concluded in his dissent.

Justice Alito called the Court’s decision “a great injustice” in a dissent joined by Justice Gorsuch.

By rubberstamping the Government’s request for what it calls a “partial stay,” the Court does a great injustice to the 35 respondents–Navy Seals and others in the Naval Special Warfare community–who have volunteered to undertake demanding and hazardous duties to defend our country. These individuals appear to have been treated shabbily by the Navy, and the Court brushes all that aside. I would not do so, and I therefore dissent.

Although the Navy offers religious exemptions for the vaccine, Alito echoed Judge O’Connor’s sentiments that described the exemption program as “theater.”

“Later Navy directives told service members that they could apply for religious exemptions, … but this program, as described by the District Court, was largely “theater” designed to result in the denial of almost all requests,” Alito wrote.

As of Wednesday, the Navy has only granted nine religious accommodations for Individual Ready Reserve members (who must be fully vaccinated prior to returning to service), and zero religious exemptions have been granted out of the 3,320 applications for accommodation by active service duty members.

The case will now continue in federal court, which Alito noted could take years. But Kavanaugh’s voting with the liberal justices does not bode well, and could mean that these warriors will soon be jettisoned from the military.