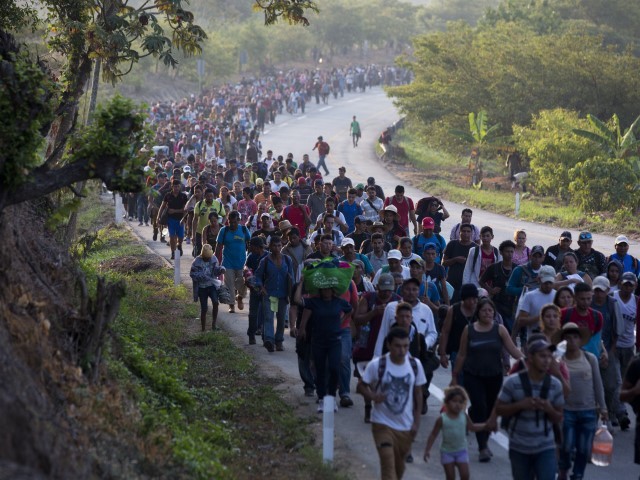 Reports have circulated in recent weeks that Biden is considering ending the Center for Disease Control and Prevention (CDC) order known as Title 42, first imposed by Trump, which gives federal immigration officials broad authority to quickly return border crossers to their native countries.

An internal ICE email, reviewed by the Washington Post, warned top agency officials that they should prepare for a “mass migration event” if Biden ends Title 42. The email also suggested that officials coordinate with non-governmental organizations (NGOs) that would help them quickly release tens of thousands of border crossers and illegal aliens into the U.S. interior.

Similarly, Axios reports that Biden’s top-level officials are bracing for “a massive influx of more than 170,000” illegal aliens if Title 42 is ended. Currently, the officials estimate that about 25,000 foreign nationals are waiting on the Mexican side to rush the border when Biden ends Title 42.

“Given the impacts that changes to Title 42 could have on border communities, border security, and migrants, we urge your administration not to make any changes to Title 42 implementation until you are completely ready to execute and coordinate a comprehensive plan that ensures a secure, orderly, and humane process at the border,” they wrote.

Meanwhile, the Mark Zuckerberg-funded National Immigration Forum has been lobbying Biden to end Title 42 for months. Likewise, associates of former President George W. Bush have called the policy “arbitrary and harmful” while advocating for its elimination.

In 2021, more than two million border crossers and illegal aliens arrived at the southern border. This year, experts predict more than 2.1 million will arrive.