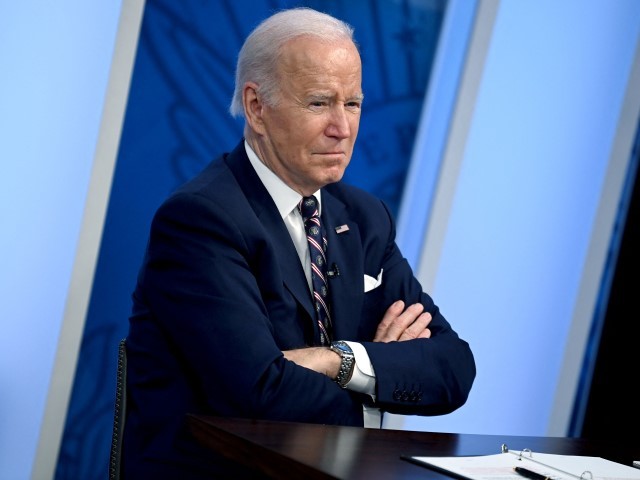 The March 18-22 poll showed that just 16 percent of respondents have “quite a bit of confidence,” while 71 percent have “just some” or “very little” confidence in Biden’s management of the crisis with post-Cold War, nuclear-armed Russia.

The poll was posted the day after Biden appeared to demand a regime change in Russia, which is armed with many long-range nuclear missiles.

“For God’s sake, this man cannot remain in power,” Biden said at the end of a March 26 Warsaw speech, referring to Russian President Vladimir Putin. Biden is already providing military aid and advice to Ukraine’s forces, including long-range missiles that have killed many Russians.

His statement was greeted with dismay by Richard Haass, the head of the elite Council on Foreign Affairs.

That is obvious. Less obvious is how to undo the damage, but I suggest his chief aides reach their counterparts & make clear US prepared to deal with this Russian govt.

“The White House walk back of @POTUS regime change call is unlikely to wash,” Hass tweeted. “Putin will see it as confirmation of what he’s believed all along. Bad lapse in discipline that runs [the] risk of extending the scope and duration of the war.”

Russia’s foreign minister, Sergei Lavrov, described his government’s view of the military and economic support from the United States and Europe for the Ukraine government. “A real hybrid war, total war was declared on us,” he said, adding that the goal is “to destroy, break, annihilate, strangle the Russian economy, and Russia on the whole.”

“We do not have a strategy of regime change in Russia or anywhere else, for that matter. In this case, as in any case, it’s up to the people of the country in question. It’s up to the Russian people,” Secretary of State Tony Blinken later said at a press event in Jerusalem.

On Sunday night, Biden told reporters in Washington, DC, that he was not calling for regime change.

But the risk of escalation towards nuclear war was compounded by Ukraine, which announced its opposition to any territorial compromise.

Russia launched the war, in part, to separate two majority-Russian provinces, and the Crimean peninsula, from Ukraine.

“There is no independent republics on the territory of Ukraine … Russia illegally occupied Crimea and part of Donetsk and Luhansk,” the Ukrainian ambassador to the United States said March 27 on NBC’s Meet the Press.

“I think we shouldn’t ask Ukraine what we are ready to give up in order for Russia to stop this aggression,” the ambassador said.

Some progressives are hoping to gain more domestic power in the United States if Putin loses the war. “If Putin loses, it’ll be a success for the globalist order — sanctions and aid to Ukraine will represent a triumph of international cooperation,” said progressive, open-borders author Noah Smith.