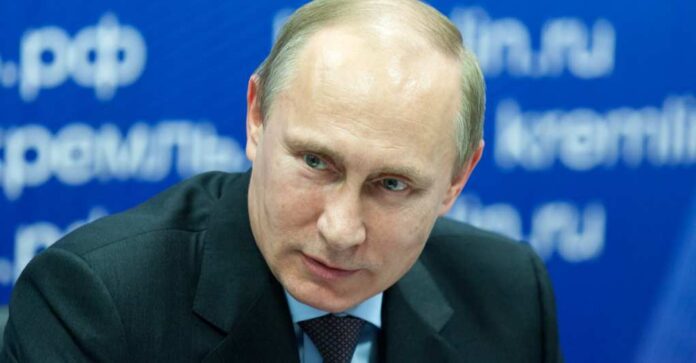 For over a month now, the world has been watching the slow decline and mental degradation of Russian president Vladimir Putin. It is becoming increasingly evident that something is wrong with the man’s skull. His lust for power and desire for world domination has caused him to do things that defy all rationality. His actions and instability have caused many to look for a way to remove him from power at any cost.

The movement in Russia is to get rid of the man by any means necessary. A group of businessmen are looking for a way to assassinate him and put in place a person willing to stop the war and open up a business with the western world once again. The removal method is thought to take the form of poisoning the old man and letting him die.

The Russian elitists are sick and tired of losing their livelihood because Putin wants to mass murder people in Ukraine. The Russian people did not ask for the war. They want to live a simple life and not be marching around in foreign territory at the risk of being shot in the head.

A statement from the Chief Directorate of Intelligence of the Ukraine Mirror reported that “It is known that Bortnikov and some other influential representatives of the Russian elite are considering various options to remove Putin from power. In particular, poisoning, sudden disease, or any other ‘coincidence’ is not excluded.”

Russia is losing the war, and Putin is stubborn enough to keep pushing deeper into his coveted territory. He is not making the progress that his propaganda promised. The general population in Ukraine will not tolerate a foreign nation dictating how they should live their lives.

The bloodshed in Ukraine is just the tip of the issue and trouble caused by Putin. The wacky president has gotten rid of eight of his generals and blamed them for losing 15,000 souls in just a month. He has even made himself believe that some are willing to betray him, which fuels his fear.

The ones seeking Putin’s removal picked Bortnikov since he is the best; they have to restore peace and relations with the west. Mirror has reported that “They are increasingly worried about Russia becoming a pariah state, shunned by the west and having their houses, bank accounts, and yachts seized- as well as their ability to travel and conduct business crippled.”

These are just some things that Putin failed to realize when he started his war. He did not think about the impact the war would have on his country. In his mind, Russia was immune from the horrors showing up deep with Russian territory.

The Russian security council leader is Dmitry Medvedev. He fired FSB deputy Vyacheslav Ushakoz because of the terrible mistakes before the war began. Putin had incompetent people working with him, which only goes on to prove how to ignore and far gone his mind has become.

The betrayal of Putin to the world has only begun. His country did not want this war, and many of the soldiers fighting Ukraine were ready to give up and go and home. They did not even know they were going to war until the trumpet blast, and they were given the command to march southward.

People can only be pushed so far before they will take action and stop the horrors that their leaders are putting them through. Putin is a man out of touch with reality and needs to be stopped.

But the same idea is also happening across the world in America. The midterm elections are set to unleash the red wave, destroying the Democrats’ stranglehold on the American people. People are so sick and tired of being abused by Joe Biden that they are ready to vote him out.