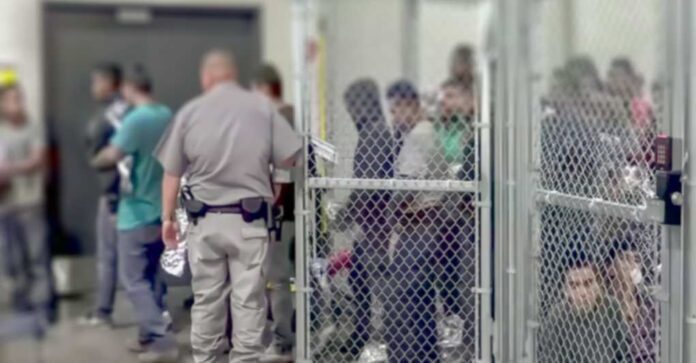 The southern border has become a silent nightmare for everyone near it. The mass media refuses to report on the ever-increasing problems that Joe Biden has caused. And the president and his staff refuse to admit that there is even a crisis. But with the midterm elections drawing ever closer, the border has become a hot spot for the Democrats because they have finally learned that they have a few things they need to fake to sway voters.

The Democrats know that their time is up. They have failed to do the job that they set out to accomplish. They have attacked the general population of America with pointless lockdowns and mandates so they could grab power. And all of these things have angered the voter to the point that they are ready to vote them all out of office.

Biden knows that it all starts with him. He has to change his policies to think about surviving the rest of the year. And now that things are focusing on campaigns, he wants to help his party appear to be making a difference for Americans.

Key Democrats are beginning to spout ideas that would help ease the flood down south. Abigail Spanberger from Virginia and Elissa Slotkin are hoping to hire new Border agents. Somewhere they think that more guards at the border will stop the hundreds of thousands of illegals flooding the area each month.

Republican governors have already increased the number of guards at the border to keep up with the tide of people. The only thing that will stop the flow of people is to make it so they cannot have easy access to America.

Ben Johnson is with The Daily Wire, and he noted that “Our southern border is still totally uncontrolled,” Johnson said. “The number of encounters at the border in February increased 63% compared to last year, which was the largest in U.S. history.”

Joe Biden cut out all the regulations and safeguards Donald Trump placed at the border. Those measures stopped the flow of migrants. Only after Biden, by executive order, removed those policies that the illegals start to move north again. Johnson noted that the Border Agents caught 165,000 people, but that is a far cry from the 220,000 illegals that escaped capture and wandered on into the country.

Johnson pointed out that, All in all, ICE has reported 2.5 million border encounters during the Biden presidency. Of course, that includes a record-breaking 1.7 million known illegal entries in 2021. As the number of border crossings hit a record high last fiscal year, deportations fell by 30% — and they look to be even lower this year.”

Joe Biden and his Democratic Party took ICE out of the picture and barred them from deporting people. As a president, he is supposed to work at protecting the people and not forcing them to accept a way of life unnatural to that of the Constitution. He has systematically opened the country up to the invasion, a betrayal of office.

Biden’s administration has orchestrated the southern border disaster. They need it to exist to exploit it for their selfish gain. All they have to do is appear to be making progress, and voters will forget about the past troubles and continue to cast their support behind liberal candidates that could care less about helping Americans prosper.

America deserves to have secure borders. And now that the midterm elections are drawing closer, the Democrats are beginning to admit that the open border concept is a significant threat to American security. But voters already see the lies and duplicity beginning to form behind each word that the nasty liberals are speaking.

The pattern of behavior for the Democratic Party is to say one thing and do the exact opposite once the election is over. Joe Biden promised a lot of things while he was campaigning for president. But when he stepped into office, he placed those promises in the trash and decided to forget about the people.