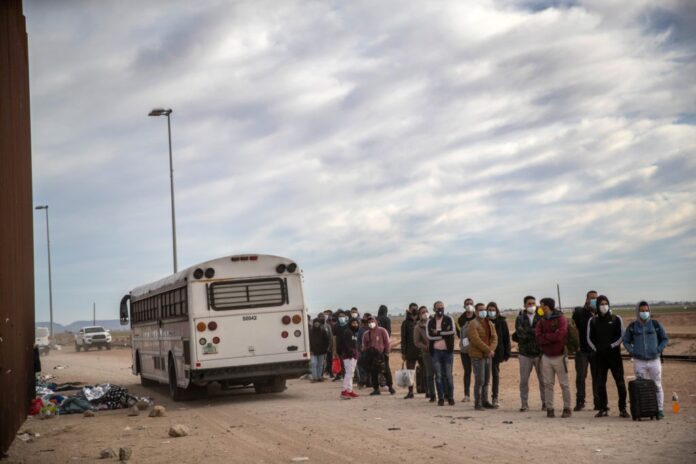 On Monday’s broadcast of the Fox Business Network’s “Evening Edit,” Pinal County, AZ Sheriff Mark Lamb (R) stated that President Joe Biden’s comparison between the refugee crisis stemming from the war in Ukraine and the situation on the U.S. southern border is at least an acknowledgment that there’s a problem on the border, but it’s also an admission that the administration knows the problem on the border exists, but isn’t doing anything about it.

Lamb said the situations in Ukraine and Poland and the southern border are “not the same. It’s not even close to being the same. What we’re dealing with on the southern border is human trafficking and drug trafficking into America, even the people claiming asylum are not doing it the way they’re supposed to be doing it. But here’s the thing: He does acknowledge at least the fact that there are thousands of people every day trying to come into the country illegally, yet they do nothing about it, which is even worse, that they know there’s a problem, yet he does nothing about it. This is about human trafficking and drug trafficking, not the same as what’s going on in Ukraine and Poland.”