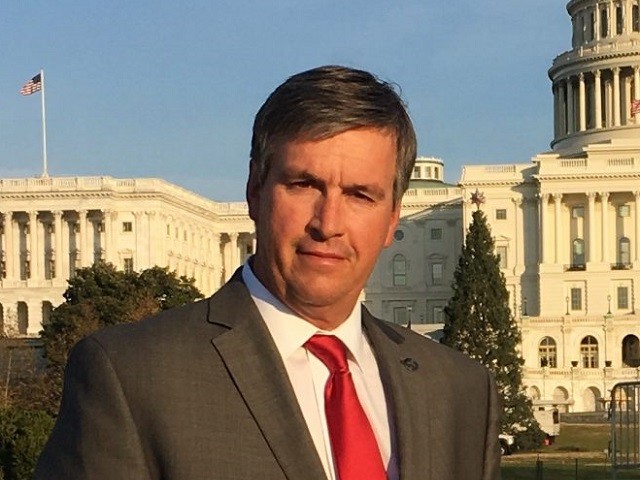 Earlier this month, 17 members of Congress filed a lawsuit against the Centers for Disease Control and Prevention (CDC), calling for an end to the mask mandate for air travel. Leading the suit is Rep. Thomas Massie (R-KY). However, also included on the lawsuit is Rep. Barry Moore (R-AL), who slammed the mandate and called it “symbolism over substance.”

“It’s just symbolism over substance right now,” he said. “These masks mean nothing. And so, I actually got on a lawsuit with Thomas Massie, congressman from Kentucky, two weeks ago. A number of us are suing to have the masks removed from the airplanes and this trade commission deal, where they’ve got all of these people wearing masks and enforcing it, saying it is a federal law. We’re on a suit right now to stop that.”

“And you’re right — it’s just, we’re trying to put pressure right now because we see how silly this is,” Moore continued. “Two weeks to flatten the curve and eight-hundred-and-something days now, I guess, but a long, long time. And honestly, looking back right now, the masks didn’t work anyway. Most of us felt like they wouldn’t, but … it’s time to do away with the masks and move on. It blows my mind people still wear a mask outside right now. I just can’t wrap my head around it.”