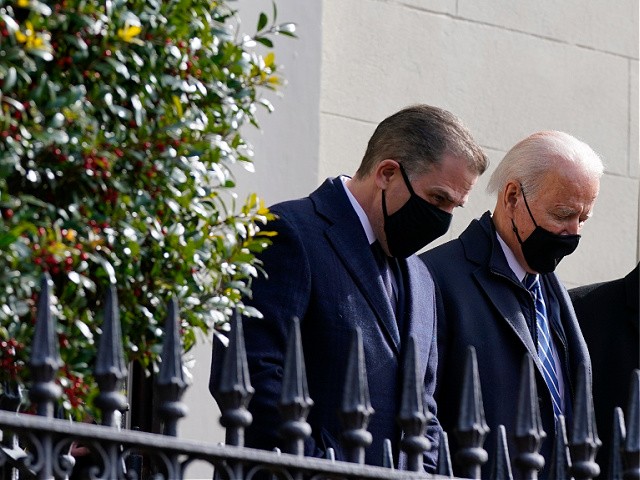 When the New York Post published the story in mid-October 2014, suggesting that Joe Biden was aware of, and participated in, his son’s shady foreign business deals, the establishment media claimed the laptop was likely Russian misinformation.

Network news ignored the story, and so did cable news, with the exception of Fox News. CNN’s now-disgraced president, Jeff Zucker, called the story a “Breitbart … rabbit hole” and refused to cover it, even when presented with hard evidence.

The Biden campaign denied that the laptop was real, and Biden himself echoed claims that it was Russian disinformation. He pointed to a letter by 50 former U.S. intelligence officials who speculated Russia was to blame, though they had no evidence.

Only later, after the election, did the public learn that Hunter Biden was in fact under federal investigation for tax violations. And now, 18 months later, the New York Times, the Washington Post, and CNN have admitted the laptop is, in fact, authentic.

There is much more reporting to do: if the laptop is authentic, then so are emails alleging that Biden was to have held a 10% stake in a joint venture with a Chinese company controlled by the communist regime; so are emails confirming that Biden, while serving as Vice President, met with an executive from Burisma, the controversial Ukrainian energy company on which Hunter Biden was a board member; and that Biden met with his son’s other foreign business associates while in office.

Regardless, the 2020 election can no longer be recognized as free and fair.

You cannot have a free and fair election when the media, the tech companies, and the intelligence community censor information about the foreign business connections of one of the two presidential candidates.

The effort to cover up the laptop was not merely a matter of error, or uncertainty: it was a misinformation campaign all on its own, because several of the leading players — including Biden — knew they were lying.

As I noted in my e-book, Neither Free Nor Fair: the 2020 U.S. Presidential Election, it is not necessary to point to theories about voting machines, missing ballots, or election fraud to know that the 2020 vote fell short of basic democratic standards:

The international community recognizes a “free and fair” election as one in which the secret ballot is “absolute”; where individuals may “express political opinions without interference”; where voters may “seek, receive and impart information”; and where candidates have “equal opportunity of access to the media.” These standards were violated by the 2020 election.

Social media companies with unchallenged monopolies interfered unabashedly with the election. Google manipulated search results to bury conservative news. Twitter and Facebook both suppressed legitimate content, including allegations of corruption against Joe Biden’s family. And Twitter also censored the president himself. Democrats and many journalists encouraged such censorship to continue.

Each of these factors violated the criteria for a free and fair election, as established by the Inter-Parliamentary Union.

Those criteria include the right “To seek, receive and impart information and to make an informed choice.”

Americans were denied that right.

The reason some Trump supporters were later inclined to believe conspiracy theories about the vote is that there really was a conspiracy to censor the news. The 2020 election gets a big asterisk.