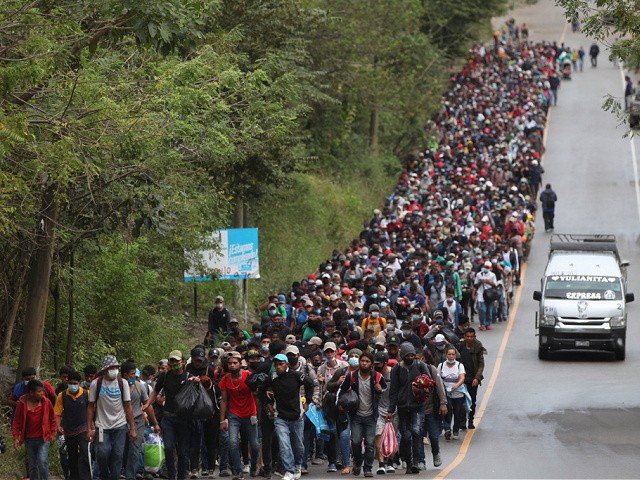 Title 42 is a public health provision that was invoked by the Trump administration in 2020 at the onset of the COVID pandemic, allowing for the expedited removal of people crossing our borders illegally.

While it is impossible to quantify a negative, it is reasonable to assume that preventing significant numbers of people traveling in large groups and coming from countries where vaccination rates were low to nonexistent, saved a lot of lives. Despite its success, many in the Biden administration have always viewed Title 42 not as an essential public health policy, but an obstacle to mass migration. That’s all that matters to them – public health, safety, and national sovereignty be damned.

Capitalizing on the Centers for Disease Control’s (CDC) assessment that the public health threat posed by COVID has abated, they finally got their wish. It was just announced that Title 42 has been terminated, effective May 23. Now the Biden administration will pivot its efforts toward managing a massive wave of illegal immigration they plan to unleash on the American public.

Leaving aside the fact that declaring complete victory over COVID may be a bit premature – new outbreaks are cropping up around the world – Title 42 is the last remaining mechanism in place allowing for any control of our borders that are already experiencing unprecedented levels of illegal immigration. Title 42 was never meant to do that, as its critics readily point out. However, considering that the Biden administration has torched just about every mechanism to deter and control illegal immigration, Title 42 has been the only thing standing between us an all-out chaos at the border.

All-out chaos at the border isn’t mere conjecture. It is precisely what the Biden administration is planning for. The Department of Homeland Security (DHS) has already set up a war room enlisting the aid of a panoply of federal agencies to help them manage an unprecedented surge of migrants crashing our borders once Title 42 is scrapped. Absurdly, the administration is preparing for a disaster that is entirely preventable. According to Sen. James Lankford (R-Okla.), DHS’s Office of Intelligence has warned the administration that a million migrants could cross the border within the first six weeks after Title 42 is ended.

Alarm bells were also set off by members of the president’s own party, particularly those who represent states and districts on the front lines of a crisis that is bound to get a lot worse come May 23. Arizona’s two (very nervous) Democratic senators, Kyrsten Sinema and Mark Kelly, dashed off a letter to President Biden last week urging him not to cancel Title 42 without a viable plan that will control the border in its absence.

Likewise, Democratic House members whose Texas districts abut the border joined Republican colleagues in their delegation and sent a similar letter urging DHS and the Department of Health and Human Services (HHS) to consider the impact that ending Title 42 would have on their communities. “We urge that the CDC’s Title 42 order remain in place and that DHS continue to use it until such time as the number of apprehensions along the southwest border drops to a manageable level,” they wrote. Of course, their plea to the Biden administration assumes facts not in evidence – namely that the people making the policies actually want to see illegal immigration return to “a manageable level.” Hint: they don’t – this is all by design.

Fortunately, May 23 is nearly two months away, and there are supposedly one or two semi-rational White House policymakers when it comes to immigration. This begs the question of them – do they want this presidency to be defined by chaos and lawlessness at the southern border? If not, they must reverse the termination of Title 42 and go back to the drawing board.

RJ Hauman is head of government relations and communications at the Federation for American Immigration Reform (FAIR).