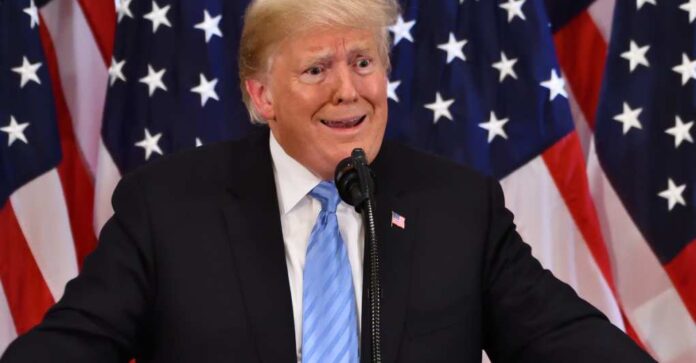 I am sure you are well aware of the fact that the Democratic Party as a whole and, more specifically, the House Select Committee has been trying to pin the incursion of January 6, 2021, at our nation’s capital on former President Donald Trump. While not being able to pin anything of substance on him as of yet, they are desperately pulling out all the stops.

And most recently, that includes insinuating that Trump and his White House staff were less than honest about his call records for that fateful day.

This comes to us as CBS News’ Robert Costa and Bob Woodward of The Washington Post reported on Tuesday that they had obtained copies of documents that were turned over to the House Select committee from the National Archives. The White House daily diary and the White House switchboard call logs are among those documents.

And apparently, there is a fairly large gap in calls coming from Trump on that day, despite the fact that we know he had phone conversations with a number of individuals, including House Minority Leader Kevin McCarthy and Republican Senators Tommy Tuberville of Alabama and Mike Lee from Utah.

Naturally, those against Trump have incited that this is only further proof that Trump and his staff are hiding something, or several somethings, about the day and his involvement in its events. As Woodward told Costa, “Two people with knowledge of the probe” have said that the committee is investigating a “possible coverup of the official White House record” as a result.

Well, of course, they are.

The committee and all those against Trump don’t see how it’s possible that Trump communicated during that time gap unless he had it covered up. The assumption, according to sources close to the committee, speculates that Trump used “backchannels, phones of aides or personal disposable phones, know as ‘burner phones.’”

The reality is likely far less nefarious, though.

And even Costa and Woodward hinted at that. According to the pair, they had spoken with several “people familiar with (Trump’s) activities,” and all had noted that the former president often used “different phones when he was in the White House.”

This is, after all, a man who has more often than not questioned the “deep state,” the media, and pretty much everything about the government and its ability to spy on the people. Is it so inconceivable that this same man would use unconventional methods of communication regularly? Didn’t he do everything a bit “unconventionally?”

Furthermore, Trump strikes me as a man who likes to catch people off guard a bit. So if he calls you using someone else’s phone or a number that doesn’t show up as “the White House,” it immediately puts him at an advantage, right?

There is also the fact that Trump has said he hasn’t even heard of a “burner phone” before. According to a statement made Monday night, he said, “I have no idea what a burner phone is, to the best of my knowledge I have even heard the term.”

And for a man as busy as he, with little time to watch all those Mission Impossible movies, it’s quite likely.

Then, of course, there is the word of a Trump spokeswoman who explained that he nor any president has any control over the records at the White House. She added that Trump naturally operated under the assumption that “any and all” of his communications were somehow being “recorded and preserved.”

So what then would be the point of using a ‘burner phone?’

Of course, none of this will matter to the so-called “bipartisan” House Select committee. If you didn’t know it, it is made up of no fewer than 7 Democrats and the only two Republicans just happen to be the Liz Cheney of Wyoming and Adam Kinzinger of Illinois, both of whom voted against Trump in Pelosi’s sham of an impeachment trial and are known Trump haters.

The biased group will likely pull out all the stops once again to pin this and all the chaos of January 6 on Trump. I expect subpoenas of call logs for those he is known to have talked to on that day will be issued – not that they will find anything damning, of course.

It’s just one more wild goose chase in the never-ending attempt to ruin all things Trump-related.