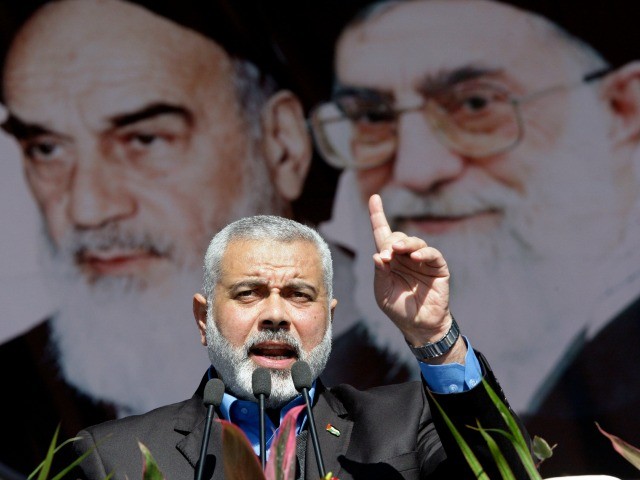 “I cannot but thank [Iran] who brought forth money and weaponry to the valiant resistance,” Haniyeh said, according to an English translation of his remarks by Press TV.

Haniyeh, who was speaking from Qatar where he currently resides, also addressed the deadly clashes in Israel’s mixed Arab-Jewish cities as well as the Jewish state’s four recent normalization agreements with Arab nations.

“This battle has destroyed the project of ‘coexistence’ with the Israeli occupation, of the project ‘normalization’ with Israel,” he said in the speech, which was aired hours after Hamas and Israel agreed to a ceasefire Friday.

“We saw our Arab and Islamic nation arose, from east to west, in all its components and factions, behind Jerusalem and Palestine and the resistance,” Haniyeh said.

The recent conflict, Haniyeh declared, “defeated the illusions of negotiations, defeated the deal of the century,” in reference to the Trump administration’s peace plan for the Israeli-Palestinian conflict.

It also “defeated the projects of normalizing (relations) with the Zionist occupation,” referring to the Trump-brokered normalization deals between four Arab countries and Israel.

“Resistance is the best strategic choice for liberation and return,” Haniyeh said.

He called the outcome of the conflict a “divine victory.”

He praised the “enormous support in the West and Europe,” and hailed those that took to the street in protest against Israel. Tens of thousands of people attended demonstrations in several European capitals over the weekend, including London and Paris. Protesters likened Israel to Nazi Germany, claimed it had perpetrated a “Holocaust” against the Palestinians, and burned Israeli flags.

“Jerusalem is the axis of the struggle,” Haniyeh added. “Gaza rose up so as to defend Jerusalem.”