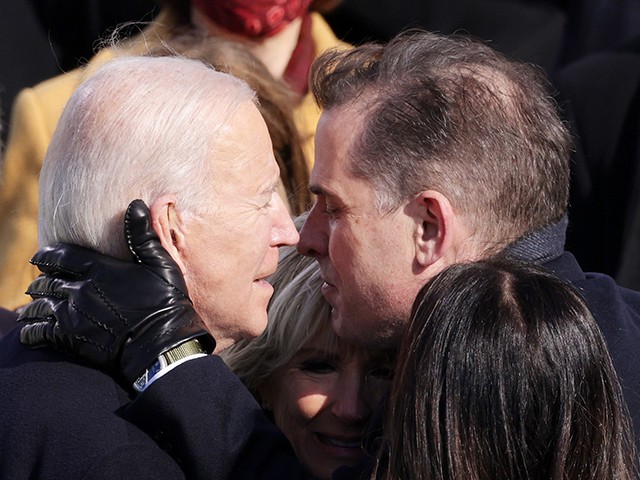 This past week, the Washington Post and CNN joined the New York Times in admitting that the Hunter Biden laptop, which was revealed in October 2020 and suggested that he made money from peddling access to his father, was indeed authentic.

The admissions came nearly a year and-a-half after media organizations joined the Democratic Party and former intelligence officials in claiming the laptop was Russian misinformation, and successfully encouraged Silicon Valley to censor the story.

Nevertheless, the White House continued this week to maintain that Hunter Biden had done nothing wrong, and that then-candidate Joe Biden had not misled the public when he claimed that his son was innocent and blamed Russia for the story.

Turley wrote at The Hill that the Biden administration and the media are now attempting to claim that while Hunter Biden sold access to his father, his father was not, in fact, involved, despite ample evidence to the contrary. That, he says, suggests the need for a special counsel, free of political influence:

The point is that President Biden really did not have to ask: Hunter Biden had nothing to sell but influence. All President Biden had to do to facilitate such schemes was to be accessible — to allow his family to deliver face-to-face meetings and photo ops.

And that brings us to the untenable position of [Attorney General Merrick] Garland.

It is hard to imagine a stronger case for a special counsel. Any effort to investigate Hunter Biden’s dealings will lead investigators to encounter repeated references to the president and how he may have benefited from those schemes. At the same time, the president is “absolutely” standing by his denial that his son did anything wrong or made any money from China.

Turley has also pointed to statements by President Biden, reported recently by the New York Times, that President Biden wants Garland to be more aggressive in pursing Trump.

“These are statements made to aides that were then leaked to the media to get to Garland. That allows the media to say that Biden never said it directly to Garland, but the message was delivered by the media,” Turley pointed out on Twitter.

That suggests the possibility of political influence on investigations — breaking a pledge by both Biden and Garland to keep the Department of Justice above politics, and throwing the Hunter Biden inquiry into doubt, absent a special counsel.