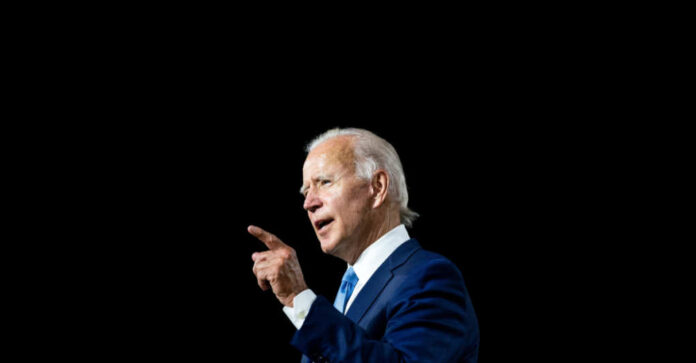 It is no secret that Joe Biden and the rest of the Democrats hate the state of Florida and its Governor, Ron DeSantis. He has stood against the insanity of the White House and refused to follow Biden’s path during the pandemic. And now that things are getting back to normal, DeSantis has appeared to be a powerful force against the liberal’s plan, which has led the liberals to target DeSantis and his family with harmful words and fake accusations.

The Floridian governor has recently signed a law that will keep parents in control of how their kids are educated regarding sexual education. The Democrats want to take that away from parents to confuse and abuse the youth over sexual identity. But the new law keeps educational centers and organizations from assuming the role and lets parents decide what is best for their kids.

Once again, Florida is outside of the mainstream flow of liberal ideology, and it has drawn Joe Biden’s attention. The old man sent his White House Communications director Kate Bedingfield out to make claims about the new law. She stated that “The Department of Education…will monitor this law upon implementation to evaluate whether it violates federal civil rights law.”

There is nothing about the law that will violate civil rights. It protects families from being violated and harmed by liberals trying to take control of things that they have no business being able to say to youth.

Essentially Biden’s comments about the new law are another attempt at an overreach of power. The federal government has no business dictating how states should govern themselves. Biden’s move regarding this matter is out of spite for the governor and a play to gain more power over the sovereignty of the states.

Miguel Cardona is, the Education Secretary, has also emerged from his hole and echoed much of what Bedingfield stated about the law. The subject of sexual reproduction and orientation is a topic best left for parents to teach. Cardona has no business in even trying to teach such matters to kids.

Townhall noted that “The Parental Rights in Education bill bars the instruction of sexual education or orientation to children younger than eight years old and is supported by the majority of Americans, including Democrats. Florida Governor Ron DeSantis signed the bill into law this week and blasted critics for misrepresenting its purpose.”

DeSantis mentioned that parents all over the country are under attack from the liberals wanting to destroy the family concept. Parents are the most influential people in the life of a child. And that fact drives liberals crazy because they want to assume that role to brainwash and control the next generation.

But Ron DeSantis has taken the task of protecting parental authority. Parents have the right to educate their kids the way they need to be taught. And they should have a significant say in what is taught in public schools. In the end, the Democrats forget the taxes parents pay to fund the very school system they work for.

The Democrats want to start teaching sex education to five-year-olds. They want to start confusing the young minds into thinking that boys and girls can swap sexes at any time. The danger behind their teachings is that the kids grow up confused about their biological role and how they are to operate in a world where there is genuinely only male and female.

The Democrats have ticked off parents enough that their political futures are in peril. The latest election in Virginia is a clear indicator of what will happen nationwide if they keep pressing the issue. One key factor that led up to the Democratic expulsion was that they kept trying to assume the role that parents have the right to have.