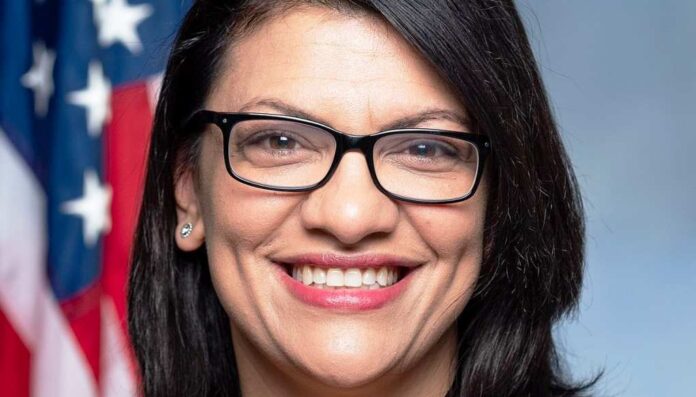 It’s a tale as old as time, and no, I’m not talking about Walt Disney’s Beauty and the Beast. Instead, I’m going to speak of a conflict that has been going on for centuries but, due to recent provocations, has gained much attention worldwide: the Israeli-Palestine struggle for dominance.

As you likely know from recent news reports, the conflict has escalated in the past few weeks as both sides have begun trading missile fire, killing hundreds.

According to the political left and much of mainstream media, the focus has been on Israel and their reportedly callous destruction of the Gaza strip and innocent civilian lives. Those like Michigan liberal Representative Rashida Tlaib, who is herself of Palestinian descent, claims the acts to be unjust and malicious, just as Israel supposedly has been towards her people for generations.

However, as one Israeli Arab recently called her out for, she ignores half of the story.

Enter Yoseph Haddad. In a recent video posted to Twitter by Republican Texas Representative Dan Crenshaw, Haddad wants to have a rather serious discussion with Tlaib, “from an Arab to an Arab.”

He says, “In the last week, while my country has been bombarded with terrorist rockets, she has exclusively condemned Israel and spread false stories to her millions of followers.”

He explained by showing a video clip of Tlaib herself speaking to Congress and complaining about how the US seems to support Israel and her angst against Palestine.

She says in the video, “You’d hardly know Palestinians existed at all. There has been no recognition of the attack on Palestinian families being ripped from their homes in East Jerusalem right now, no mention of children being detained and murdered, no recognition of a sustained campaign of harassment and terror.”

But as Haddad points out, her complaints are entirely one-sided, blatantly ignoring the horrors that the terrorist Hamas, which Palestine and Iran support, have met out to the innocent in Israel.

He asks, “Do those Palestinians’ lives not matter, Rashida?”

And that’s precisely the point, isn’t it?

As Haddad points out, Hamas has done the same atrocities and more than Israel, and yet, only Israel gets Tlaib’s rath. Hell, she doesn’t even seem to care that members of her own people are getting killed and destroyed by Hamas. All that matters to her is the destruction of the Jewish state.

And as Haddad says, it’s something she shouldn’t even be sticking her nose into. Yes, she’s Arab by birth, but she’s supposed to be representing the people of Michigan and seeking to better their lives, not members of a community some thousands of miles away.

Haddad says, “You’re hijacking the black struggle in America to make it about yourself. But Arabs in Israel and Palestinians have nothing to do with America’s history of racism. Rashida, I’m telling you, as an Arab-Israeli on the ground, your words contribute to division and violence in my country… you don’t have to live with the consequences. Represent your people – in Michigan. Because you sure as hell… don’t represent us.”

The Arab-Israeli says in his i24NEWS Arabic profile, of which he is a contributor, that his life in Israel has taught him that most Arabs and Jews want to live in peace with each other. But the voices of extremists always seem to be louder.

And it seems Tlaib, as an American extremist, is no different, always being a voice for herself and her own political ambitions instead of what the people actually want or need. Maybe she should let people who live in reality do the decision-making from now on instead of spitting out lies.