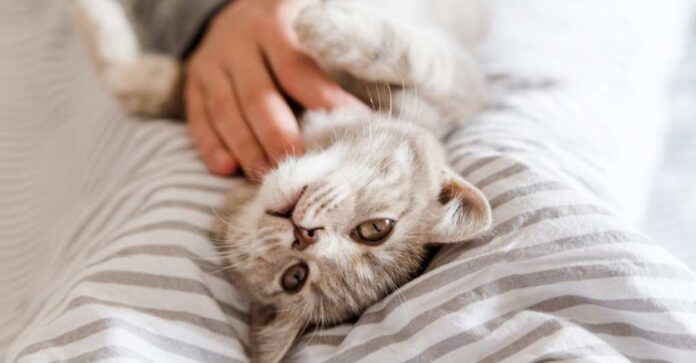 The world of violence is a place of unspeakable happenings. But when it involves youth and animals, the nastiness of their crimes takes on a whole new meaning. Four males were arrested for purposely letting their dogs attack a cat that lived in the same home. Of those four males, one of them was only 12-years old. Two others were adults, and the third was a teenager.

Joe Biden and his demonic party love crime over law and order. Their push to defund police and free criminals has led to increased crime around the country. Animal abuse is a serious crime, and these four males will have to face the consequences of their actions. The 12-year-old is old enough to know what he was doing, but the lack of male leadership and mentorship in his life was seriously lacking.

The two minors and their parents had to report to the Pennsylvania Society for the Prevention of Cruelty to Animals to answer accusations that the boys were involved in animal abuse. The other men gave up and turned themselves over to the police.

The Daily Wire reported that “The two are charged with multiple counts, including felony animal fighting, felony aggravated animal cruelty, and criminal conspiracy.” The future of the dogs remains in question as they have been branded as aggressive.

The boys knew exactly what they were doing because they saw the cat and deliberately let their dogs go after the cat. Their actions were caught on camera. The PSPCA director of humane law enforcement is Nicole Wilson. She stated that “There is a sound heard on the video that indicates they are encouraging the dogs. That continues until a resident of one property comes out and sees what’s happening, and everybody attempts to pull the dogs off the cat.”

These vicious actions by the men and boys are a perfect picture of what it means to be a Democrat. The liberals around America are constantly on the lookout for their next victims. All they need to see is a conservative standing in their path, and the attacks begin. One example was when Black Lives Matter protestors would attack innocent people on the street during their protests. They would physically attack the victim and leave them for dead.

The dogs were relentless as they tried to kill the cat. But the animal owner was able to save the cat before the dog could end its life. The victim has a long road to recovery, given the dogs’ injuries. The cat is now located at the veterinary clinic where it recovers.

These four males are vicious and without a moral center. The community was stunned to hear that crime had taken place. But the fact that they responded and donated money to the cat’s owner proves that there are still people that care in the world.

There is a horror that emerges from this incident. And it ultimately relates to abortion. The Democrats have poisoned people’s minds so much that when a baby is murdered before birth, the liberals cheer the event as a win for humanity. Their hatred for life is seen in their actions every day.

But some like the outpouring of compassion for the catfight for life and seek to educate people on other ways of saving the baby and letting loving family care for and raise the little soul.

Julie Klim is the PSPCA CEO, and she was quick to point out that the good in people came out when it came time to assist in the animal’s care. Their lives are over now that they will have a criminal record that will haunt them for the rest of their lives. The four males will be charged accordingly and will face a judge to answer for their crimes.

Hope is still out for the cat named Buddy. Many think that the animal will recover. But in the end, crimes were done, and animals and people were hurt because a few men wanted to act cruelly to another pet.