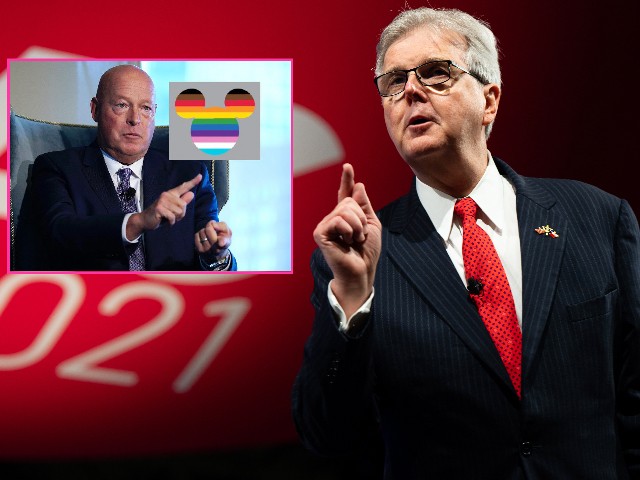 Lt. Gov. Patrick said he was appalled by the Walt Disney Co.’s open hostility to the Florida law, with company leaders vowing to work to overturn the law in the courts or in the legislature.

“At first, I was angry at their over-the-top radical resistance,” he said in a re-election campaign e-mail message that was also posted to his campaign’s website. “I will make this law a top priority in the next session. This issue will be addressed in our interim Education Committee hearings under Parental Rights.”

Florida’s law prevents the teaching of sexual orientation and gender ideology to children in kindergarten through third grade. Democrats and the corporate news media have sought to smear it as the “Don’t Say Gay” law, even though the text makes no mention of homosexuality.

Disney executives have promised to fight similar laws around the country as part of the company’s new commitment to supporting radical LGBTQ activism.

At least six other states have reportedly been considering similar legislation, including Georgia, Tennessee, Indiana, Oklahoma, Kansas, and Louisiana.

Texas would become the seventh state to do so if state Republican lawmakers introduce a bill.

“Until they change their corporate philosophy, stop spending money with them,” he said. “Cut off the Disney Channel. Cancel your park trip or your cruise if one is planned. If you own Disney stock, sell it. Although I did not own many shares of individual Disney stock, I sold them today.”