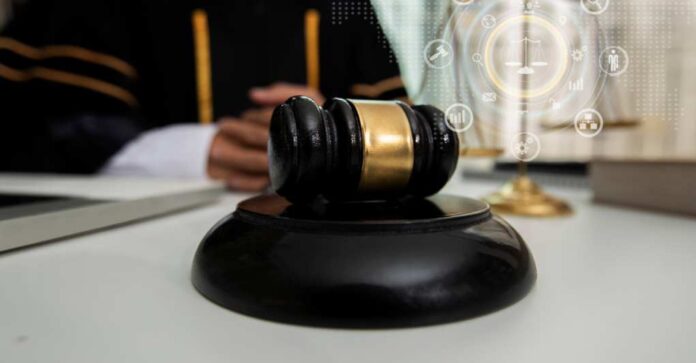 The progressive organization called the League of Women Voters had attacked the state of Florida by bringing a lawsuit that claims the new voting laws are unconstitutional and promotes racism. The Democrats do not like that Republicans are making voting laws more fair and secure ahead of the upcoming election. Every chance the liberals get, they are attacking with hopes that they can keep their cheating windows open long enough to produce fraudulent votes for their candidates.

Mark E. Walker is the Barack Obama Judge that sided with the liberal organization. His love for liberalism has tainted his ability to rule based on law instead of what he prefers politically. He ruled that the legislature and executive branch’s laws legally put in place were unconstitutional. He will not allow any law prohibiting drop boxes and other voting methods to be affected without his approval. The dictatorial judge has stated that his word is final and trumps that of the people.

Walker is a typical Democrat strutting his power and thinking that no one can touch him because of his position in the legal system. He believes that America is still in a time of racial division and that there are people still trying to keep women down and under the thumb of oppression.

The Daily Wire reported that the Tampa Bay Times reported that the judge made “A provision that limited the use of ballot drop boxes to early voting hours, unless they’re in a supervisor’s office, and required the boxes to be manned at all times; A requirement that third-party groups issue a warning when trying to register voters, including telling voters that their registration application might not be turned in before the voter registration deadline or within the required 14 days. A provision that changed the rules around the ‘no-solicitation zone’ around a polling site to prohibit “any activity with the intent to influence or affect of influencing a voter.”

The liberals and judges believe that the new law keeps people from being able to vote. But the judge’s changes allow the Democrats to commit fraud by providing sites where they can drop off their harvested ballots without having to show an id or proof that the ballots belong to the person dropping them all off.

Walker stated that the Florida Legislature put provisions in place that supposedly violated the right to vote by people of color. He has come to believe and now assert that America is as racist as during the Civil Rights era. But the vast majority of the people in America are not racist towards any person. They are passionate about letting people have the right to vote no matter who they are as long as they are legal and prove that they are a citizen.

Walker essentially accused the state of Florida of limiting people of color’s right to vote because they tend to vote for Democrats. The facts show that his evaluation of the people and state is incorrect. No one wants to limit the right to vote of any person. They want all elections to be fair and secure. People are sick and tired of the Democrats crying foul with voting laws while at the same time cheating from the shadows.

Every time Walker mentions Florida in a sentence, he refers to the Republican Party. If the Democrats were making these changes, he would support the new laws and seek to uphold them and strike down any challenges.

Ron DeSantis had a few words to say to this biased man. He stated that “In front of certain district judges, we know we will lose no matter what because they are not going to follow the law. … It’s just a matter of how quickly it’s going to get reversed.”

Walker judged based on political affiliation instead of looking at the law. His ruling will end up being appealed and struck down just like all the other liberal rulings of the past. Each time a liberal judge strikes down election laws, the higher court reverses the decision and slaps the lower court on the hand for their biased opinion.