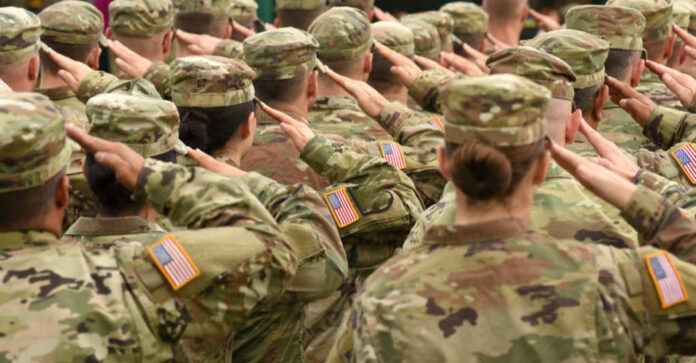 It should be no secret to anyone how veteran suicides have maintained their pace of 22 deaths per day. Some claim the number has jumped a digit to 23. At any rate, the ongoing crisis isn’t getting any better as America’s war-tired veterans attempt to merge back into the civilian lives they were trained to forget. But there’s another figure that isn’t as widely publicized.

Active duty Army personnel don’t have the benefit of flag-waving veteran support groups selling t-shirts on Facebook. Not that these groups don’t provide a vital function, but no DD form 214, no help, but they’re killing themselves too. In record numbers.

A recent report from the U.S. Armies Defense Suicide Prevention Office revealed that 2021 was the worst year for Army active duty suicides since 9/11 which prompted a 20-year war.

Active-duty suicides began rapidly increasing in 2020 when for the first time ever, 174 were reported. This is the greatest number seen since the Great Depression, which was also the same year Joe Biden assumed office. Hmmm…

It would be assumed that a crisis such as this would have been rapidly addressed, but since it wasn’t, the number has risen to 176. In simpler terms, this means that 36.18 out of every 100,000 Army active-duty soldiers will die by their own hands unless the number shoots higher.

The complexity and uniqueness of suicide as it pertains to each individual makes it difficult to pinpoint any specific cause for the increases. Some experts are blaming the psychological impact of the bumbled departure from Afghanistan.

Many of the troops felt defeated after watching their brothers and sisters fall in combat only to bear witness to the war coming to a humiliating tail-tucking end. They failed their country and they failed their friends and folks back home. Their diehard motto was to “never fail,” and they blew it.

In 2020 the Army made a stern vow to be the first military branch to develop a dedicated suicide prevention program. It never happened. Then they said to look for it in the first quarter of 2022 which has already come and gone. Since then the Army has declined to comment.

Since the U.S. Army failed to set the lead as promised, none of the other military branches have bothered to step up to the plate either. Because the Army makes up the largest group its suicide rates are more “in your face.”

Chief of Staff of the Army Gen. James McConville said he knows more has to be done. “Suicide remains a significant challenge for our Army,” he said. “While there is no clear understanding of what is causing the increase in suicides, we realize we have to do better in preventing suicide and ensure resources are available and readily accessible.”

It’s one thing to realize they must do better, but as we’ve seen thus far, putting word to action is quite another.

If you or a loved one are experiencing thoughts of self-harm or suicide, confidential assistance is available via the Military/Veterans Crisis Line at 800-273-8255, or by texting 838255. http://VeteransCrisisLine.net.