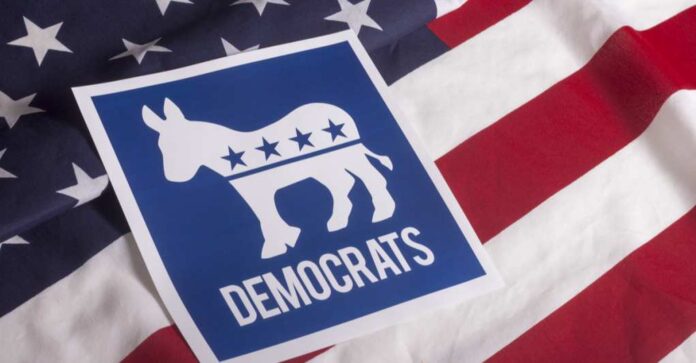 Most of the experts are in agreement…Democrats are going to take a huge hit in the November midterm elections. Democratic Party strategists have a growing concern that President Biden’s low approval rating will not make a turn no matter how hard the White House tries to deflect blame away from the administration.

The record inflation numbers that are now at a 40 year high and the punch in the gut gas prices will be a major liability as America prepares to go to the voting booths this fall.

There is a new report from a number of political observers that indicate Biden’s numbers will not get an uptick between now and the elections.

Julian Zelizer, a Princeton University professor of history and public affairs, recently told the media that these are “rough political times” for President Biden.

“At least going into the midterm, these poor perceptions of his leadership and the inflationary pressures will weigh him and the Democrats down,” she said.

Many experts agree that it is inflation that is causing Biden to maintain such low approval numbers. Gas prices hit record highs in March and they continue to average over $4 a gallon according to AAA.

Jeff Jones, a senior editor at Gallop, said that high gas prices are a significant anchor regarding presidential approval. He referenced former presidents George W. Bush and Jimmy Carter as examples of leaders who took a hit when voters went to the ballot box in their midterm elections.

Bill Galston is another expert that believes Biden will feel the pain this November. He is a domestic policy adviser to former President Bill Clinton and chairman of the Brookings Institution’s governance studies program.

“My hypothesis is that, unless and until inflation comes down appreciably, that there’s going to be a ceiling on his job approval that’s a lot lower than the White House wants it to be,” he said.

The White House administration has been running hard with messaging that pins the blame for high gas prices on the Russian invasion of Ukraine. They have referred to it as “Putin’s Price Hike.” But at least one official has complained that their messaging was not being effective. They said that it feels like they were just spinning their wheels.

One of the more optimistic advisors around Biden said that they needed to narrow the team’s message. It should be something like, “We beat COVID, we’re beating Russia, and we’re going to beat inflation.” Another advisor said that President Biden needs to “hammer home” that he’s the one who is getting us “out of the ditch, not the one that drove us into it.”

There is at least one Democratic strategist who is saying that his party needs to realize that “We’re going to get slaughtered in November.” He followed that highly charged statement with “That’s a fact.” The explanation for his strong stance is that Biden’s polling has gotten worse, not better, and the public has lost confidence in his leadership. This strategist said that there is nothing the administration can do about it now.

The strategist went even further and said that Biden would not see an uptick after the midterm elections either. This is what happened in 1994 with former President Bill Clinton. People hadn’t yet lost confidence in Clinton like they have Biden, the strategist said.