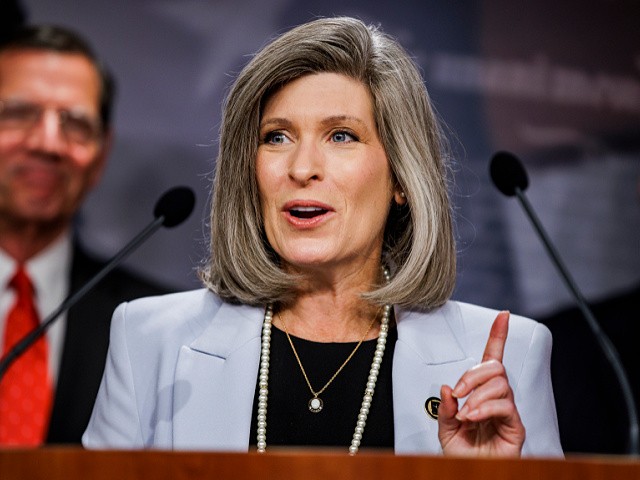 Senator Joni Ernst (R-IA) said Thursday on CNN’s “The Lead” that America first “certainly is not America alone” while discussing policy on Ukraine.

Anchor Jake Tapper said, “Last night, the House of Representatives passed a separate bill that would require the State Department to report and preserve evidence of war crimes committed by Russia in Ukraine. I was kind of surprised to see anybody voted against it, but specifically, six House Republicans voted against it. Congressmen Thomas Massie and Scott Perry, Warren Davidson, Andy Biggs, Paul Gosar and, of course, Congresswoman Marjorie Taylor Greene. Today seven Republicans and two Democrats voted against a bill to ban Russian oil, gas and coal, and there were more than 60 house Republicans that did not vote in support of a statement in favor of the NATO values. What’s going on? There does seem to be a number of your fellow Republicans who are in, for want of a better term, some sort of Putin caucus.”

Ernst said, “I would say, Jake, it is more of an isolationist attitude. While I agree with America first, it certainly is not America alone. You see great bipartisanship throughout the House and the Senate with my friend Chris Van Hollen. Of course, we found ways to work together to make sure we are enabling Ukraine to help them win this violent and bloody war, this invasion by Russia, push back on Vladimir Putin. I think that’s what we need to focus on and stress to those members why this is important to America, why this is important for the stability of Europe and for the world. Again, America first, but certainly America can’t do this alone. So we do need to engage.”