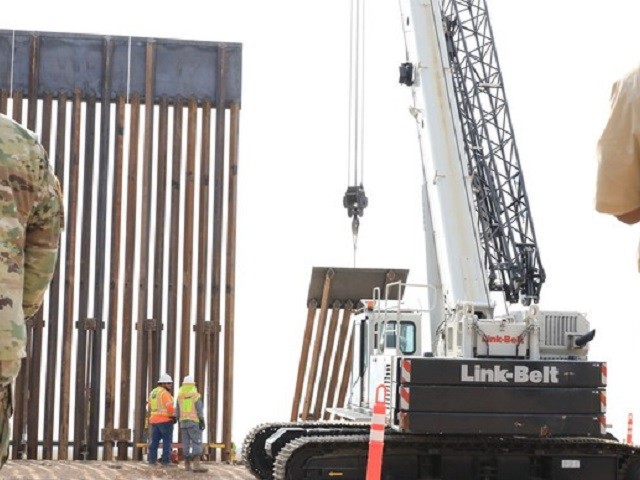 The move comes just a week after the Centers for Disease Control and Prevention (CDC) announced that Title 42 will end of May 23. Title 42, first imposed by former President Donald Trump, grants a broad authority that allows federal immigration officials to quickly return border crossers and illegal aliens to their native countries. Biden officials have admitted ending Title 42 would likely lead to a wave of border crossers and illegal aliens at the border. The policy shift could result in potentially 500,000 people arriving at the border every month, more than double the current illegal immigration levels.

“The best way to end the Biden Border Crisis is to finish the border wall now. The Biden administration is trying to run out the regulatory clock on wall construction while undermining our border patrol officers by repealing Title 42,” Budd said in a statement. The congressman and Trump-endorsed U.S. Senate candidate continued:

Every time I visit the southern border, law enforcement agents tell me how Biden’s open border policy is endangering our national security and the safety of the entire interior of our country. I’m proud to introduce comprehensive legislation that would force the Biden administration to end this crisis and finish the wall now.

The legislation, officially named the “Build the Wall Now Act,” is designed to counteract the Biden administration’s efforts to stall construction on the border wall, and would make previously appropriated funds for the border wall — dating back to October 1, 2016 — available until they are spent so the funding will not expire.

On President Joe Biden’s first day in office, he signed Presidential Proclamation 10142, which paused all funding for the border wall. Budd’s office said the Biden administration claimed the delay would be “used to conduct environmental and Endangered Species Act reviews that had been waived by the Trump administration.”

The bill would also remove every legal barrier to construction, and would require the Secretary of Homeland Security to resume construction within 24 hours of the bill’s passage. The legislation would limit those funds from being used for any other project other than building the border wall.