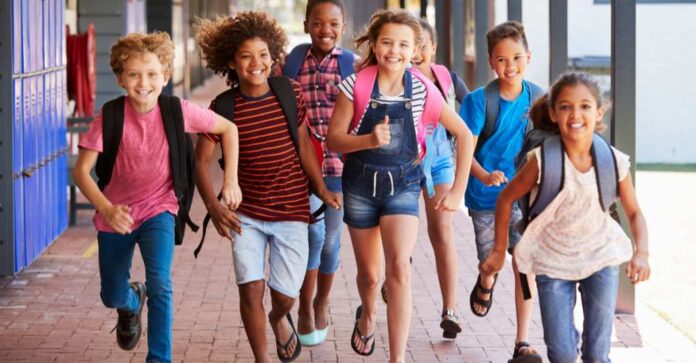 Democrats everywhere are more concerned with acquiring power than taking care of the work they were elected to do. Liberal school boards hijacked schools to get their wants from community leaders. State politicians and federal-level liberals wanted the ability to force people to obey senseless regulations. And the COVID-19 virus allowed them to get what they wanted.

The desired target of the Democrats were the young minds that were kicked out of their classrooms and told to learn at home to avoid the risk of infection. But as the virus made its way into the history books, the liberals continued to enforce isolation and systemic regulations that are taking a toll on kids’ health everywhere.

The children’s mental health and overall wellness are of great concern for parents and health officials. Kids of all ages struggle to adapt to the loneliness that exists being in isolation for so long. A face on a computer screen is not enough to meet the social demands of the youth in America.

Kids had their problems long before the pandemic took effect. Some struggled with issues in life, but when the Democrats extended mandates and lockdown indefinitely, those kids and more took a turn for the worse.

Newsbreak reported that “Americans under age 25 face higher death rates and lower life expectancies than their peers in other affluent nations. Our research report published earlier this month by the Population Reference Bureau, ‘Dying Young in the United States: What’s Driving High Death Rates Among Americans Under Age 25 and What Can Be Done?,’ sounds an alarm bell about child and adolescent death rates in the United States — and it’s one we all need to heed.”

The current state of youth is alarming. The Democrats continue to teach their poison, telling kids that they have evolved from lower lifeforms and life is all about the survival of the fittest. They teach that there is no purpose for life and that young people have no future because the world will end just because their parents drove a car to school.

And if that was not enough, the Democrats push that racism is a systemic problem that will only worsen before it ever gets better. They push that people with no color skin are why people of color have issues in a lie. And the white people should hand over everything they own to make restitution for things that a few people did centuries ago.

Newsbreak also reported that “Racial disparities also play a role in early death. The risk of death before age 25 is 60 percent higher among Black children and adolescents compared with their white peers. Infants born to Black women who have earned at least a bachelor’s degree face a higher infant mortality rate than infants born to white women without a bachelor’s degree, reflecting wide differences in economic resources and exposure to racism-related stress for Black women.”

According to this teaching, being born a woman with a bachelor’s degree somehow plays a part in the death of kids depending on the color of one’s skin. And as a result, resources are supposedly distributed unevenly because skin color plays a part in how people are treated. But the poisonous teachings of the liberals are the reason why there is no hope left in the hearts of young people.

The Democrats would claim that money is needed to place people in social programs to help them feel better about themselves to fix the problem. But no amount of liberal social programs will ever help people find purpose in life again.

The only way to give hope to the youth again is to radically change how they are being taught and what they are being taught. The poison of the Democrats must be thrown out of the classroom, and the truth of American history and hope must be taught in schools. Youth must be shown that living in America is not a curse but a blessing. There must be a return to the values that America was founded on.