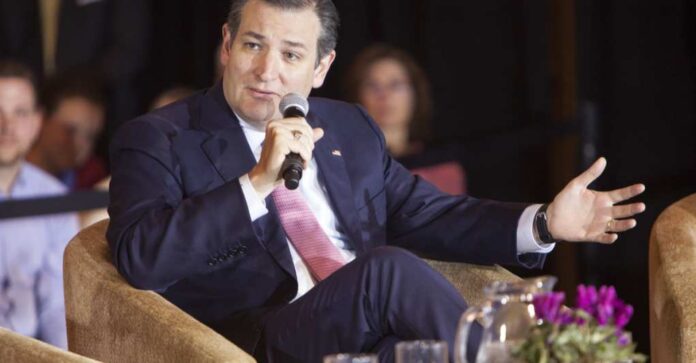 Sen. Ted Cruz (R-TX) is a man of great vision. He can look at a situation and find the right answer to fix it almost instantly. He knows what works, and what doesn’t, and is always happy to help others see the light. His intuition on different subjects and his expertise are nearly unparalleled in American politics today.

So when Cruz speaks up on the five things Biden has gotten wrong about inflation while appearing on Fox News’s “Hannity” with host Sean Hannity the American people and other politicians tend to sit up straight and listen. “The White House had five separate lies in inflation. First lie is, it’s not happening. Don’t believe your eyes. There’s no inflation. Second lie is, oh, it’s transitory. Yes, it’s happening but it’s transitory. Just for a moment.”

“The third lie is, it’s a high-class problem. It’s there, but it’s a high-class problem. Aren’t you lucky to have inflation? Their fourth lie was, it’s happening, it’s not transitory, it’s not high class, but it’s a good thing! It’s a sign of how great the economy is that you can’t afford to pay for your groceries or put gas in your car. And then lie number five that every Biden apparatchik has repeated is ‘Putin, Putin, Putin.’ They decided politically, let’s blame this train wreck of a Biden energy policy on Vladimir Putin. Well, you know what? The gasoline prices have risen 48% before Putin invaded Ukraine. As the sticker says on the gas pumps, “I did this.” Joe Biden did this!”

These kinds of points are accurate and need to be unpacked to see what he is saying here, because like always Sen. Cruz is incredibly deep in his thoughts. Lie number one about it not happening, yep. Biden did everything to try and cover up the inflation he has been causing. He would try everything he could to act like it didn’t exist, but it’s easy to see prices skyrocketing.

Lie number two is about inflation being transitory, the lie isn’t about it being transitory, but about how long transitory is. In this case, it’s already far too long, and it’s gotten too deep. Once inflation occurs for a longer period without any real correction, a new inflated market is established, and it won’t go back down worth anything.

Coming in at number four, the lie about it now happening and no longer being transitory, or high-class but a good and natural thing is just a joke. Anyone who has even glanced at the concept of the global economy and looked at other nations can see just how horrible inflation is, and how bad it can get when allowed to remain over a long time unchecked.

The final lie about Putin being to blame for inflation is the best one they have come up with so far. The numbers don’t lie, and Americans have been paying more at the pump, in the store, and online since Biden took office. His excuses about inflation have been getting more and more in-depth when related to Putin. He fails to realize that the average American is smarter than they were at the start of the cold war.

With the invention of the internet and high-speed access, we can check everything Biden says at the drop of a hat, and the more he lies about Russian influence, or why inflation is happening the worse he looks. This man has proven with his lies that he shouldn’t be trusted to run a frozen banana stand, let alone the country.