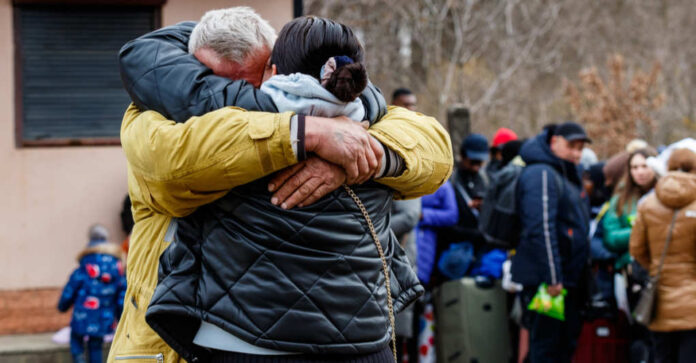 The United States just announced that it will send another $100 million in additional military aid to Ukraine. Secretary of State Antony Blinken made the announcement and explained that these funds were given to help Ukraine defend itself against Russia. This was a joint statement given to the State Department and the Pentagon.

“The world has been shocked and appalled by the atrocities committed by Russia’s forces in Bucha and across Ukraine. Ukraine’s forces bravely continue to defend their country and their freedom, and the United States, along with our Allies and partners, stand steadfast in support of Ukraine’s sovereignty and territorial integrity,” Blinken said.

This is the sixth time the Department of Defense has made money available for the Ukrainian military since August of last year.

The statement made by Blinken also noted that the money was to meet the “urgent” Ukrainian need for anti-armor systems. The last month authorized by the Department of Defense came on April 1. They provided $300 million in the Ukraine Security Assistance Initiative. The total amount given to Ukraine since President Biden took office is now more than $2.4 billion. A total of $1.7 billion has been given since Russia attacked the country on February 24.

The Secretary of State pointed out in the statement that more than 30 nations from around the world have come together to provide security assistance to Ukraine. He said that the countries have together delivered security assistance every day and they are making sure the shipments of more arms and defense equipment are getting to Ukraine so that they can defend themselves.

It’s not just military aid these countries have united to give, they are also coming together around even more sanctions to be imposed on Russia.

The Associated Press recently gave this report, “After several European countries announced the expulsion of Russian diplomats, the European Commission proposed a fifth package of sanctions including a ban on coal imports that could be adopted as soon as Wednesday once unanimously approved by the 27-nation bloc’s ambassadors.”

When Blinken appeared on CNN with Dana Bash, he talked about tightening the existing sanctions and adding new ones with full cooperation and coordination with Europe and other nations around the world. He said that major forecasters believe Russia’s economy will contract by 10% this year.

This joint statement from the DOD and the Pentagon comes after Ukrainian President Volodymyr Zelensky gave a speech to the United Nations in which he called them a failure. He said that if the UN did not work together to end Russia’s Ukraine war, it should dissolve itself.

He shared with the UN video footage that showed the brutality of the Russian forces. He asked with passion where the security forces were that the Security Council is supposed to guarantee. He characterized Russia’s actions as no different than those committed by ISIS. And he focused on Russia’s place as a permanent member of the Security Council’s table.

Moscow’s UN ambassador, Vasily Nebenzya, did not even respond to what the Ukrainian president brought before the UN. But he was fuming about what he considered to be infringements of protocol on calling meetings.

All this has led some to wonder what the real point is to the United Nations. What is the ultimate purpose if this body can’t even act when a nation commits crimes against humanity?

Zelensky pleaded with the Security Council members to show him how we can reform or change and work for peace.

“If there is no alternative and no option, then the next option would be to dissolve yourself altogether. And I know you can admit that if there is nothing that you can do besides conversation,” he concluded.