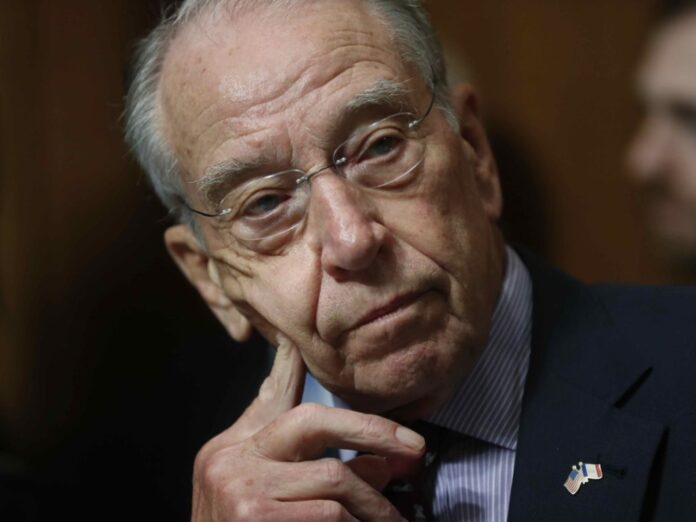 Senator Chuck Grassley (R-IA) said on FNC’s “Jesse Watters Primetime” that he had “enough evidence” to warrant an investigation into if President Joe Biden is compromised by his son Hunter Biden’s business dealings in China.

Watters said, “Do you have evidence, senator, that would lead to you believe that Joe is potentially compromised by the Chinese?”

Grassley said, “I only have enough evidence that that’s a legitimate question. I do not have evidence that goes as far as you would like to have me say it goes. If I could say it, I would say it.”

He continued, “What we do know is that Hunter Biden is had arrangements with Chinese business people, the CEFC corporation, it’s an energy company, those Chinese business people had connections to the military and the Chinese Communist Party. We know that they received $5 million one time. James received a million dollars one time. Then we got all sorts of bank records saying on a regular order that $100,000 for many months to Hunter Biden, $ 65,000 to James Biden. And then it raises the question. Does this compromise the national security of the United States? Do they have enough on them to get something out of a president of the United States? I can’t answer that question.”

Watters asked, “Doesn’t that lead most fair-minded people to believe that maybe that money is influencing the president of the United States’ decisions and that could affect our national security?”

Grassley said, “It could mean that. If I had enough evidence to say that you’re 100% right, I would be willing to say that. But I think I have a reputation of just going by the facts and following the money, and right now, I can’t go that far.”