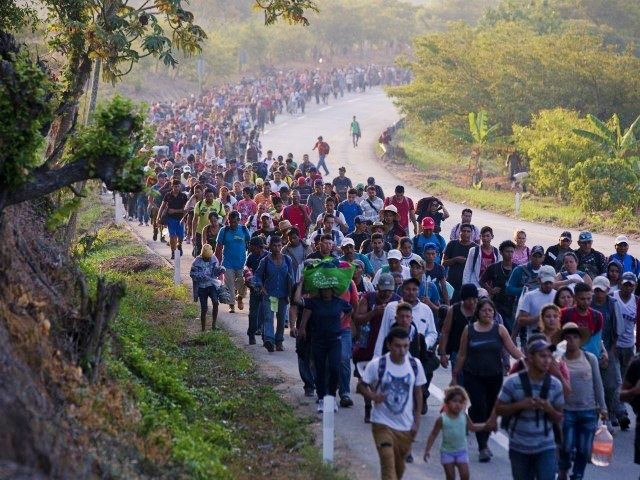 A CBS News/YouGov Poll shows that even when Americans are not told the current level of overall immigration to the U.S. — where more than a million green cards are awarded, more than a million temporary visas are allotted, and hundreds of thousands of illegal aliens are added to the population annually — they continue to back reductions and limits over expansions and uncontrolled migration.

The poll asks Americans, “What do you think U.S. immigration policy should generally be?” About 61 percent of Americans said “some immigration” should be allowed but “based on strict criteria,” suggesting an overall reduction with a more rigorous vetting and assimilation policy.

About 19 percent of Americans said they want to “stop most or all immigration” to the U.S., while 20 percent said “allow a lot of immigration, including most or all people who want to enter,” suggesting support for an open border policy.

Such an enormous wave of immigration would have drastic impacts on American communities.

In terms of housing, alone, where single-family rents have skyrocketed to new heights — increasing by more than 24 percent year-to-year — a continuing rise of immigration-driven population growth is likely to send prices even higher.

The U.S. population does not have to rapidly increase to record highs. In the past, legal immigration moratoriums have been implemented. Research has shown that halting all immigration to the U.S. would stabilize the population to a comfortable 329 million residents in the next four decades.

The CBS News/YouGov Poll surveyed over 2,000 American adults from April 5 to April 8. The margin of error is +/- 2.8 percentage points.