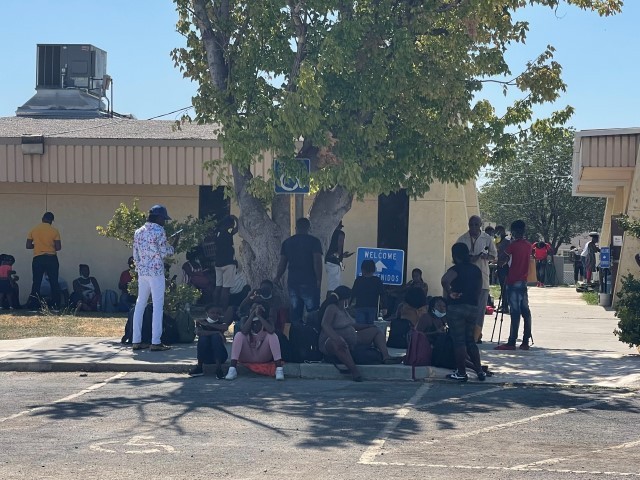 “I think busing the released migrants to DC is a great idea,” Mayor Laughlin told Breitbart in a Tuesday morning interview. “Let them see [D.C. officials] what we are seeing and dealing with in Uvalde.”

On April 6, Gov. Abbott ordered the Texas Division of Emergency Management to prepare buses to transport DHS-released migrants on a voluntary basis from their drop-off location to Washington, D.C.

“To help local officials whose communities are being overwhelmed by hordes of illegal immigration who are being dropped off by the Biden Administration, Texas is providing charter buses to send these illegal immigrants who have been dropped off by the Biden Administration to Washington, D.C.,” Governor Abbott said during a press conference in Weslaco, Texas. The governor said the first drop-off location will be the U.S. Capitol steps in the nation’s capital.

Mayor McLaughlin told Breitbart his city officials were told by DHS to expect up to 150 migrants to be released every day into Uvalde. While the number released never hit that mark, it came to a stop completely about the same time as Abbott’s busing order. He said the migrants apprehended by Uvalde Station Border Patrol agents are now being sent to Eagle Pass for processing and release.

Eagle Pass is already facing a large number of migrants being released into its city. In March, Breitbart witnessed the release of a busload of about 50 migrants to an NGO shelter. The driver said he would be following three more busloads in the next hour.

Mayor Laughlin said he received intelligence revealing that nearly 500,000 migrants are poised on the Mexican side of the Rio Grande from the Rio Grande Valley Sector to the Del Rio Sector. He said the migrants are just waiting for the Biden Administration’s ending of the Title 42 coronavirus protection protocol in May.

“DHS is still releasing COVID-infected migrants into communities in the area,” the mayor said. “In addition, we are dealing with criminal aliens — including sex offenders — police pursuits, and harassment of our residents by migrants moving through the area.”

The mayor said he is grateful for the governor’s support on the issue of illegal immigration and how it impacts his town located about 130 miles from the border.

“We were having human smuggling pursuits nearly every day,” McLaughlin told Breitbart. “The governor sent 40 DPS troopers into this area and shut it down.”

He said the pursuits are extremely dangerous because the human smugglers have no regard for anyone’s lives. “We had smugglers driving over 100 miles per hour in residential streets,” he explained. “We don’t pursue them anymore in our city. It’s just too dangerous. We follow them through the city and let the sheriff’s office or DPS take over in the more wide-open spaces.”