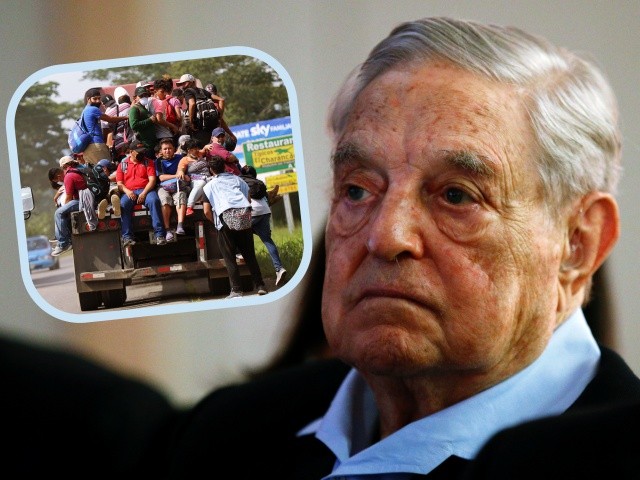 The Centers for Disease Control and Prevention (CDC) has announced that Biden will end Title 42 on May 23. The authority, which serves as a border control measure, has allowed federal immigration officials to quickly return nearly two million illegal aliens to their native countries over the last two years.

Though 56 percent of Americans, including 52 percent of swing voters and nearly 3 in 10 Democrat voters, oppose Biden’s ending Title 42, the Soros-funded Center for American Progress is praising the administration for the move.

In a piece titled “Ending the Title 42 Expulsion Policy Is the Right Thing To Do,” the group’s research assistant, Zefitret Abera Molla, suggests that “there was no scientific reasoning behind” the border control to begin with, despite the overwhelming number of Chinese coronavirus cases in Central America and Mexico.

“The decision to end the Title 42 expulsion policy is the right one,” Molla writes:

The Biden administration has recently taken steps to improve asylum access at the border, including by issuing an interim final rule to streamline asylum applications and thus reduce immigration court backlogs. Terminating Title 42 for all migrants, including single adults and families with children, is another step in the right direction. At a time when humanitarian needs are increasing due to escalating crises around the world — from Europe to Africa to the Americas — the Biden administration has an opportunity to restore and rebuild the United States asylum system in a fair and humane manner. [Emphasis added]

Top Biden officials have admitted that they expect up to half a million border crossers and illegal aliens — the equivalent of Atlanta, Georgia’s, resident population — to arrive at the southern border every month.

Rep. Andy Biggs (R-AZ) has projected that potentially 30,000 border crossers and illegal aliens could arrive at the border every day.

As Breitbart News reported, Biden is looking to expand his Catch and Release plan with the end of Title 42. That vision includes transforming the border into a mere checkpoint where border crossers and illegal aliens are “processed” at DHS facilities before being released into the U.S. interior with orders to report to federal immigration officials at a later date.

Part of that plan includes providing border crossers and illegal aliens with free cellphones, the White House confirmed, before they are released into the U.S. interior.