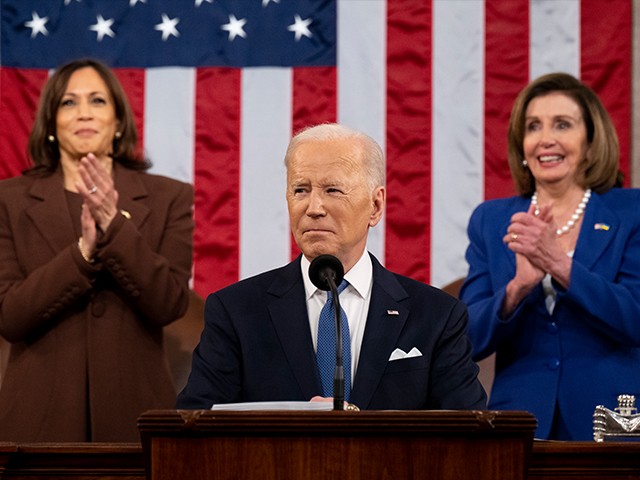 Democrats across the country are claiming they have “done a lousy job at highlighting their accomplishments in a year plus of unified power in Washington” and are using that as the source of their problems leading up to the November midterm elections, according to the Hill.

In fact, the Democrats believe they are in so much trouble that one strategist told the Hill, “I’m not going to BS. We’ve done a f–ing horrible job, and sometimes I think we deserve to lose big in November. Democrats can say whatever they want, but it’s not honest.” The strategist added that the Democrats “need to wake up fast” because they don’t have a narrative to push.

Even Hillary Clinton, who knows about failing when she lost against former President Donald Trump in 2016 and is rumored to be making a return, said her party needs to get better at touting accomplishments. Earlier this month, Clinton said, “I’m not quite sure what the disconnect is between the accomplishments of the administration, and this Congress, and the understanding of what’s been done, and the impact it will have on the American public.”

Former President Barack Obama made a similar comment at the White House last week when he gave remarks on the anniversary of the Affordable Care Act. “We got a story to tell, just got to tell it,” Obama said when he left the East Room at the White House.

Even as the Democrats try to push massive partisan policies and funding bills and see the president’s failing poll numbers, the party seems to have to disconnect with why they are doomed in November. President Joe Biden’s poll numbers crashed to a new low on Monday in a CBS News-YouGov poll that showed only a 42 percent approval. On Wednesday, his approvals also saw a new low number with the CNBC All American Economic survey, which showed him at only 38 percent.

At the same time, the Democrats want to tell their story, but Biden has only done one sit-down interview in 2022. This comes as he has gone through skyrocketing inflation, spiking gas prices, a botched withdrawal from Afghanistan — which ended the lives of 13 service members, and a pandemic going into the third year as the current administration had access to three vaccines and working therapeutics thanks to Trump’s Operation Warp Speed.

Steve Israel, the former head of the Democrats’ campaign arm, the Democratic Congressional Campaign Committee (DCCC), stated that “The problem is that voters would rather feel that the economy is improving than read about it,” noting that Biden would more than likely not get credit for the economy improving when it does do to the “hyperpartisan environment.

“Which means Democrats have a message marathon, not a sprint. They’ll be forcing votes on core economic issues that force a contrast, and that contrast will be drawn in potent thirty second ads in the midterm election this fall,” Israel added.

Democrat strategist and former Obama White House aide Ben LaBolt, also told the Hill that “Biden has taken many significant actions to curb the pandemic, boost the economy, put Americans back to work at a historic pace, while keeping core campaign commitments, like confirming the first Black woman to the Supreme Court in history.”

Rodell Mollineau, the former spokesman for former Senate Majority Leader Harry Reid (D-NV), hammered the Democrats by saying many consultants think the current strategy — which is basically inexistent — is “tone-deaf.” He remembered when Reid would travel home to speak about his party’s accomplishments when he was in office.