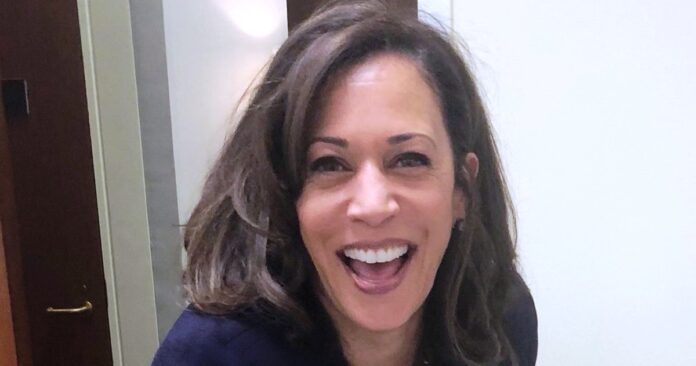 When we talk about the press and White House relations, it’s pretty common knowledge that the tension that once existed between much of mainstream media and the presidential administration of last year is long gone. However, that doesn’t mean that there aren’t any problems between MSM and this year’s administration.

In fact, if sources are correct, Biden’s staff is causing an altogether different issue, and it doesn’t look like it’s going to go away anytime soon.

And it all starts with Vice President Kamala Harris.

Now, you’d think, as a seasoned politician such as herself, Harris would pretty much eat up any attention from the press – especially after following former President Donald Trump and his feeling of disgust towards media as a whole.

However, that doesn’t exactly seem to be the case.

No, she’s not thwarting the press as publicly as Trump did, but avoiding it, she most certainly is. And sometimes, it’s meant as a personal jab.

According to a recent piece by The Atlantic, Harris’ first few months in office has given the press little in the way of interviews or even the typical one-liners her boss, Joe Biden, is somewhat famous for. Instead, she and her team actually “dismiss reporters” on a frequent occasion and even personally “tracks political players and reporters whom she thinks don’t fully understand her or appreciate her life experience.”

The outlet adds that “she continues to retreat behind talking points and platitudes in public, and declines many interview requests and opportunities to speak for herself.”

And apparently, that makes her more than a bit “uninteresting.” In fact, as The Atlantic remarks, several TV producers have even started second-guessing sending their staff members on trips with Harris, as most find her, her actions, and her play-by-the-book rhetoric to be quite drab and boring.

Now, if you’re anything like me, you’re asking yourself, ‘I thought this administration prioritized transparency? And yet, at every turn, they seem to be hiding behind closed doors and avoiding the press. What’s with that?’

And to that, I have to say that I haven’t the foggiest idea why.

You’d think that the Biden Administration would be doing just about everything possible to be unlike Trump in every matter. I mean, that is why they’ve reversed nearly every foreign and domestic policy Trump touched, right?

They even have the perfect opportunity and starting point to supposedly show the world how the White House is supposed to respond to the press, as liberal-backed media was as little of a fan of Trump as he was of them.

But they aren’t taking advantage of that. Instead, the White House staff is increasingly hostile towards the press at nearly every turn.

Last week, it was even reported that the Biden staff follows a “quote approval” policy when it comes to interviews, basically requiring members of the press to sign an agreement to send their “quotes” or material to the White House communications team for approval before it can be published.

This means that nearly everything you read about the White House, or at least that which is said to be said directly from the horse’s mouth, so to speak, has been approved of and edited before the outlet it was published in was able to put it out. The White House is essentially controlling and editing the narrative as they see fit.

And of course, we can’t forget that instance back in March where members of the press were essentially barred from getting access to migrant facilities at our southern border.

Needless to say, all of it is starting to add up, and it doesn’t look for the Biden Administration – particularly when you have the Commander-in-Chief “jokingly” threatening to run over a reporter for simply trying to ask him a question.

For right now, the press is still handling it in stride, still showing Biden as the beloved president and rightful leader they wanted him to be. But all the signs point to a time, not very far down the road by the looks of things, when all that changes.